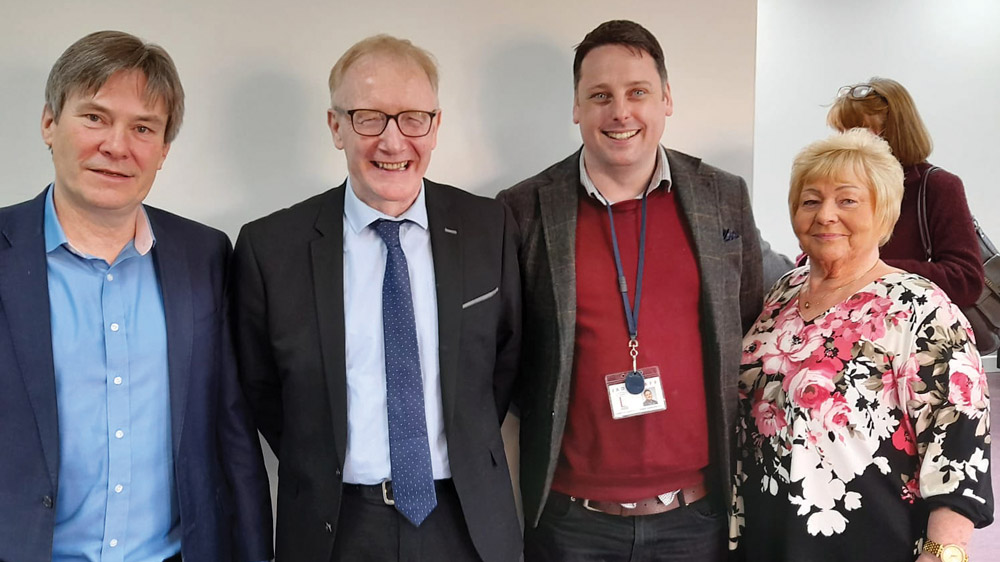 While there, Minister Feighan was told about how local drug projects are grappling with and responding to the ongoing issue with crack cocaine addiction in Tallaght.

Minister Feighan met some service users who attend a crack cocaine programme for women run by CARP, and was told about what’s needed on-the-ground to deal with the issue.

Shane Hamilton, the coordinator of the JADD Project, told The Echo: “It was a really positive opportunity for us to meet the minister with the HSE Addiction Service.

“We got to talk about JADD’s funding for a crack cocaine project for the next three years.

“We got an opportunity to speak to the minister and thank him for coming out and discussing the vital need for crack cocaine projects in the area.

“We spoke specifically around what we need to do to deal with this, build services and give the community guaranteed services for the next three years.

“I think Minister Feighan got the opportunity to see an area that’s been massively impacted by crack cocaine use, and to see the true nature of the impact it’s having on public health.”

Minister Feighan’s visit follows on from a commitment from the Government last month, to an annual allocation of €140,000, on a recurring basis for three years, for crack cocaine projects in CARP (€80,000) and JADD (€60,000).

The €140,000, which has been approved through the HSE’s National Office for Social Inclusion, will be used to support two specific projects piloted by CARP and JADD in direct response to community needs.

CARP in Killinarden will use its annual allocation of €80,000 to sustain and develop a project that engages with women who are using crack cocaine in a safe, non-judgmental environment.

In Jobstown, JADD will direct its annual €60,000 allocation into its outreach programme, a harm reduction service that aims to ‘reduce the potential health-related harms of crack cocaine and the harms that may arise from the sharing of drug equipment’.

NEWER POSTNorth Clondalkin Sports Fest: Learn what activities are available in your area…
OLDER POSTPeople can support hospital by signing up for TUHF lotto