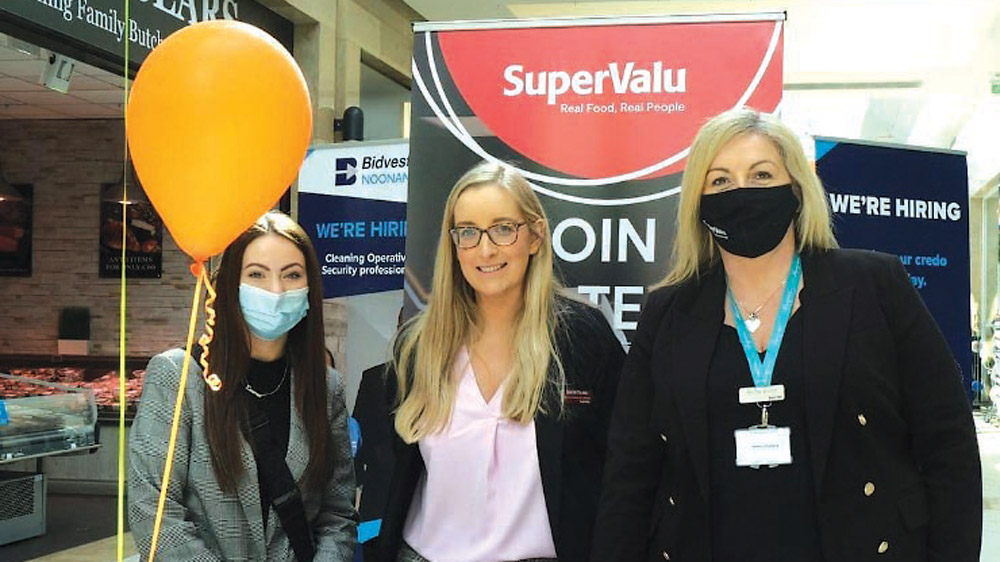 Staff from Musgraves at the Jobs Fair in Citywest Shopping Centre

OVER 3,400 people, including some people who had recently arrived in Ireland from Ukraine, attended a job fair in the Citywest Shopping Centre last week, which saw 32 local employers take part on the day.

Coordinated by Celine Blount and Levina Dixon from the Employer Liaison Team at the South Dublin County Partnership, the job fair was held last Thursday, March 31.

The thousands of job seekers who attended the fair got to forge connections with numerous local employers, and network with the aim of securing employment.

“CVs were accepted, contacts were made, interviews were arranged and job seekers were able to network and avail of the many training supports offered by South Dublin County Partnership. 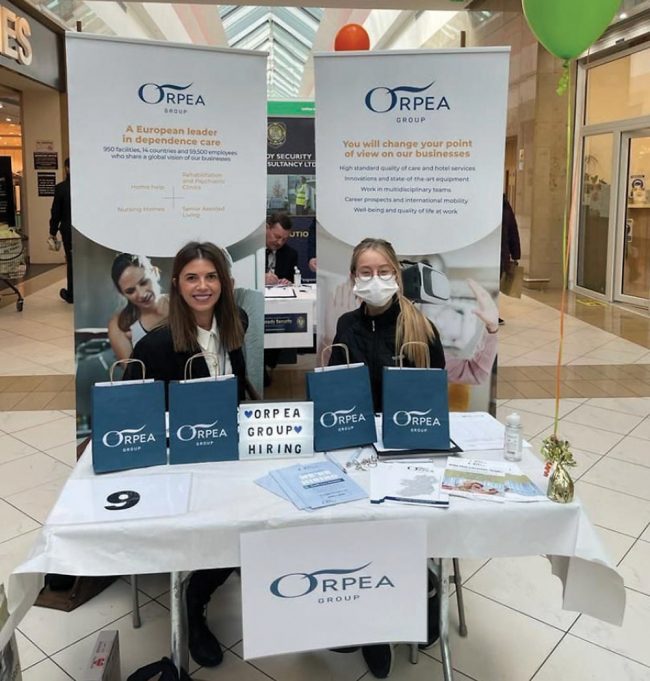 Staff from Orpea at the Jobs Fair

“We were delighted to welcome job seekers from a wide diversity of backgrounds from across South Dublin County including members of the Ukrainian community who recently arrived in Ireland.

In addition to the many employers in attendance on the day, a number of local agencies were available to advise job seekers on the additional supports available to them. 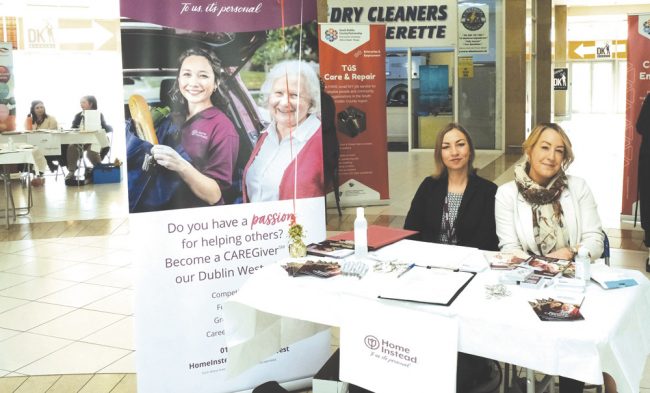 Staff from Home Instead

These agencies included the Department of Social Protection and South Dublin County Libraries, as well as representatives from TU Dublin – Tallaght Campus.

“The atmosphere was great and the energy was so positive,” said Ms Blount Ntibimenya.

“We got a great response and feedback from the attendees, employers, tenants and management and are delighted to hear from employers that already, a number of people who attended the Job Fair have commenced employment this week.”