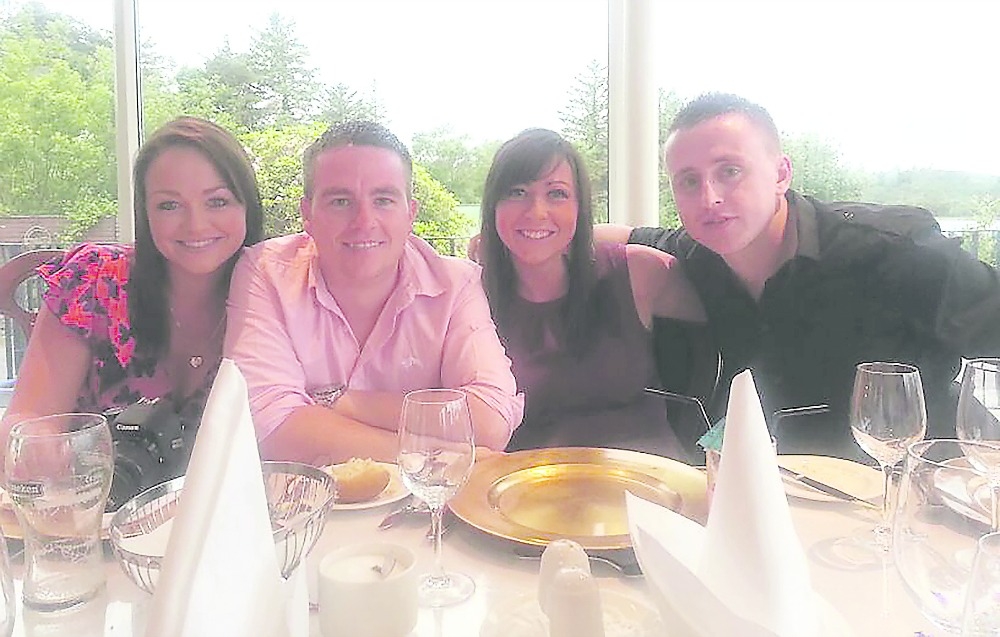 THE Tallaght community has come up trumps again after locals donated close to €50,000 in the space of 48 hours to a 28-year-old man who needs access to a potentially life-saving cancer drug.

Living in Aylesbury, Brian Slattery needs up to €140,000 for a drug which has proven hugely promising in trials so far – with his family trying to raise funds for treatment while encouraging young people to get checked and never assume they are “too young for cancer”.

After bouts of chemo, radiotherapy and an operation to remove the tumour, Brian was given good news – until he started getting pains in his back.

His brother Brendan told The Echo: “After the operation Brian had decided to do a six-month programme of chemo just to be sure, but he got a pain in his back, which turned out to be a tumour on his spine.

“The cancer had come back quickly and more aggressive and chemotherapy will just keep him as he is, it will never cure him.

“The consultant told us that there is one drug available that hasn’t been yet approved by the HSE in Ireland but which is optimal for Brian’s survival.

“This drug is called Pembrolizumab. Unfortunately, the drug trial for treatment of rectal cancer using this drug has just closed.

“The outcome from the research has been exceptionally promising in rectal cancer and it would be very beneficial to Brian’s full recovery.”

Brendan, who started the fundraising campaign with his sisters Roisín and Lorna, said: “We originally kept this to ourselves, but when we heard that the trial had finished and that we’d need to raise somewhere in the region of €140,000, my sister set up a Go Fund Me page.

“We have been overwhelmed by the support – the community of Tallaght has gotten behind Brian 100 per cent and we can’t thank everyone enough.

“The amount of support we have received has blown us away, without the support of the Tallaght community we would have been snookered . . . there’s no way we could have raised this money.

“So a massive ‘thank you’ to Tallaght and keep spreading the word.”

Now that there’s close to €50,000 in the fund, Brian, who works in the Bank of Ireland offices on Whitestown Way, is this week meeting with doctors to see if he can start treatment.

“Brian has been so upbeat through all of this and has taken it on the chin.” Brendan told The Echo.

“When we first found out that it was cancer, we were all completely shocked.

“Brian is a young, fit guy and nobody expected it.

“That’s why alongside raising funds we want to raise awareness among young people to get checked and not think they’re too young to get cancer.”

To support the campaign donate on gofundme.ie or visit the Brian’s Lifesaving Treatment Fund Facebook page – where details of the campaign and events will be posted.

NEWER POSTFuneral: ‘The loss of Michaela affected everybody’
OLDER POSTLocal workshops to be set up to help prevent cyber-bullying