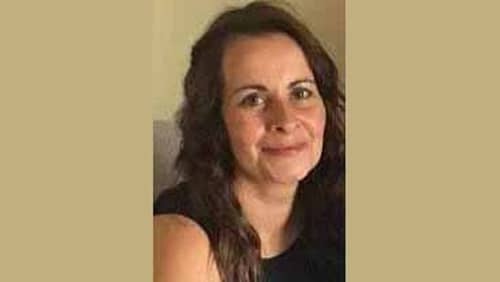 Paediatric nurse Deirdre Morley, who smothered her three young children at their family home, has been found not guilty of their murders by reason of insanity.

The 12 jurors accepted the evidence given by two psychiatrists that the accused, who specialised in renal care at Our Lady's Hospital in Crumlin, was suffering from a mental disorder at the time of the three killings and fulfilled the criteria for the special verdict.

The case, Ms Morley's defence counsel had told the jury, was a "tragedy of enormous proportions", with the "tragic irony" of the accused being someone who had committed her entire professional life to the care of children as a paediatric nurse.

The two consultant forensic psychiatrists called as expert witnesses were both in agreement that the accused was unable to appreciate what she had done was morally wrong and was unable to refrain from her actions.

In his closing speech, defence counsel Michael Bowman SC said the case was a “tragedy of enormous proportions” that had been visited upon parents who were “utterly committed” to the welfare of their children.

He stressed that the tragic loss of three children was at the core of the case and their parents had been left in a set of circumstances where their offspring were no longer with them. It was clear, he said, that his client was labouring under a mental illness which was defined within the Criminal Law Insanity Act 2006.

Mr Bowman suggested that one of “the tragic ironies” in the case was that the accused had committed her entire professional life to the care of children as a paediatric nurse and bore that responsibility heavily on her own shoulders but had suffered from depression and anxiety since the late 1990’s.

“Despite the best efforts of those around her and the level of support they offered, it was not enough to prevent her slipping into a state of delusion and psychosis from which she could not return,” he remarked.

The McGinley children, Carla, Conor and Darragh with their father Andrew McGinley

The three-day trial at the Central Criminal Court, which the State called “a desperately sad case”, heard that Ms Morley had unsuccessfully attempted to drug her three children on the previous day, having formulated a plan to then suffocate them in their sleep.

On the evening of January 23 last year, Ms Morley crushed between six and eight morphine tablets to put in the boys cereal and put a Tylex tablet containing codeine in her daughter’s drink.

However, the accused “abandoned any further actions” to harm the children that evening as the two boys “spat out” their bedtime snack when they tasted it and her daughter did not consume much of the drink.

The 44-year-old highly trained clinical nurse, of Parson’s Court, Newcastle, Co Dublin, had pleaded not guilty by reason of insanity to the murder of her sons Conor McGinley (9) and Darragh McGinley (7) and her daughter Carla McGinley (3). The children’s bodies were discovered at the family home just before 8pm on January 24 last year.

The trial was told that Darragh was the first child to be killed and there had been a disagreement that morning over the amount of “screen time” he was watching on his iPad and the television.

After midday, Ms Morley said she “just had to end” their suffering, looked at the clock and remembered thinking “I could smother him now. I could kill him now”.

She got some “brown thick tape” from the utility room and took plastic bags from under the sink. She put some tape over Darragh’s mouth, a bag over his head and a cushion on top of the bag inside the play tent. She said she “didn’t want to do it but had to do it”. He asked her “what are you doing mammy” and struggled under her for a few minutes before passing out. After he was dead, the accused carried his body to the master bedroom upstairs and put him on the bed.

After killing Darragh the accused said she felt she “couldn’t leave any of them behind” and put a plastic bag over Carla’s head and used a cushion to smother her.

After bringing her body upstairs, she realised her daughter was still breathing and held her nose until this was no longer the case.

After collecting her eldest child Conor from school and bringing him to Tesco to buy a roll for lunch, she brought him home where they watched “Jurassic World” in the front room.

She suggested playing a game where they first put tape over their mouths to see if he could talk through it and she then put a plastic bag over his head. The boy told her “Stop Mammy” but she said she did not feel that she could stop herself from suffocating him and pulled the bag tighter by twisting it. She told her son: “I’m sorry Conor”.

She left him inside the play tent and was unable to carry him upstairs to his siblings’ bodies.

Ms Morley was recorded as telling psychiatrists from Tallaght Hospital in the days after the event that Conor was “more difficult” to kill and she had considered dropping him off at a friend’s instead so he would be safe. However, she said “things had gone too far” so she smothered him also.

Assistant State Pathologist Dr Margot Bolster found the children had died by asphyxia from compressions of the chest area and airways.

Ms Morley had made “crystal clear” to gardai in her interviews that she wanted to make sure that she “was gone” after she killed her children and before her husband arrived home that evening.

She left her home after 4pm with a bottle of wine and a variety of medication, including Xanax, intending to jump off the bridge between Newcastle and Rathcoole before the N7 flyover. However, she crashed her car in a grassy area and lost consciousness.

She left the house again on foot at 6.30pm but was found by a taxi driver, who gave her a lift back to the estate.

Evidence was given that the accused had done Google searches for a “noose”, “how to make a noose” and “the N7 flyover” on January 22. She had also purchased a rope from a hardware shop the next day.

After returning from an overnight work trip in Cork, the accused’s husband Andrew McGinley found his wife unconscious and being cared for by paramedics in the estate.

He then discovered the bodies of his three children in the house. Darragh and Carla were found upstairs in the master bedroom and Conor was downstairs with his feet protruding from the play tent.

Two notes written by the accused had been left in the house, with one placed at the bottom of the stairs, to urge whoever came through the door of the family home not to go into the front room or upstairs and to phone 911 instead.

Dr Brenda Wright, called by the defence, gave a detailed description of the accused’s mental state deteriorating in the weeks before the killing and said she was suffering with bipolar affective disorder at the time.

The witness said the defendant believed it was morally right to smother her three children as she thought she had “irreparably damaged” them and “had to put an end to their suffering”.

Dr Mary Davoren, for the prosecution, testified that the accused was suffering at a minimum from recurrent depressive disorder and experienced a severe depressive episode on the day.

Ms Morley told gardaí that she was feeling “overwhelmed” at the time, her thoughts had been “getting darker” that week and she wanted to save her children from the “pain and suffering” she felt lay before them because of her shortcomings as a parent. She believed she had to take their lives as they were “more damaged” by her parenting skills and they “had to go together”.

The defendant, the court heard, had previously found it difficult to cope with stress at work and had taken the loss of a child in her ward particularly badly.

In his charge to the jury, Mr Justice Paul Coffey said there was “no contest in this sad and tragic case” about what the correct verdict should be. He said the evidence was all one way and both the prosecution and defence agreed that the defence of insanity applied.

The jury of ten men and two women spent four hours and 23 minutes deliberating over two days before bringing in three verdicts of not guilty by reason of insanity.

After they had delivered their verdict, Mr Justice Coffey thanked the jury for their service saying: “I’m aware this was a very disturbing case for everyone involved and it must have had a very great impact for everyone of you. I want to thank you on behalf of the people of Ireland.”

The judge exempted them from jury service for the next 15 years.

He then made an order committing Ms Morley to go to the Central Mental Hospital today and for the matter to be brought back before the court on May 31.

In her opening address, prosecuting counsel Anne-Marie Lawlor SC said the jury’s primary concern would be the accused’s mental state on January 24 and there was no issue in the case as to what happened to the children and how they died.

The accused’s mental health had deteriorated very significantly and she suffered a breakdown in July 2019. She was admitted to St Patrick’s Hospital in Dublin as an inpatient for four weeks.

Those closest to Ms Morley had sought to manage her problems as best they could but didn’t realise the gravity of the situation. “In the days before the children’s deaths, there was a belief that her mental health had improved significantly and psychiatrists will assist you in that was not the case,” indicated Ms Lawlor.

The court heard that both Clondalkin Mental Health Services and the Swiftbrook Medical Centre had written to St Patrick’s Hospital requesting that Ms Morley be readmitted due to concerns about her mental health.