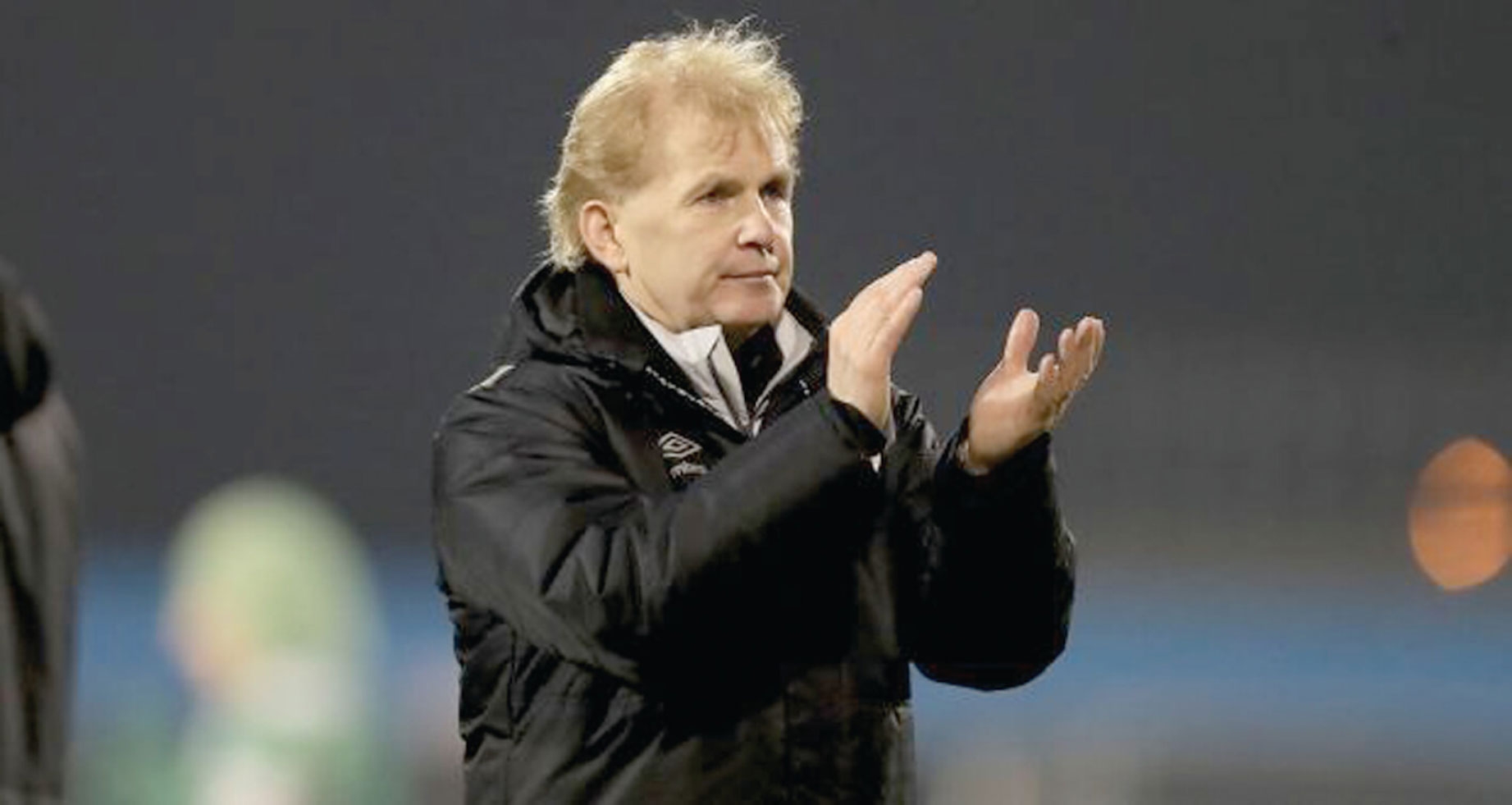 Perth and Buckley to lock horns in opener

SSE AIRTRICITY League champions Dundalk will kick off the defence of their title tomorrow night when they welcome Sligo Rovers to Oriel Park.

For new Lilywhites Head Coach Vinny Perth from Tallaght and new Sligo boss Liam Buckley from Perrystown, it represents the first league match in charge of their respective sides.

Dundalk, in the start to the post-Stephen Kenny era that saw them win four Premier Division titles in the five seasons, will be coming into the new season off the back of their 2-1 victory over Cork City in Saturday’s President Cup at Turners Cross.

Knocklyon man Dane Massey together with Patrick Hoban found the back of the net to see Perth’s side lift that prize for the first time since 2015.

“It was a good win,” Dundalk midfielder Chris Shields told The Echo. “They’ve been our closest rivals for the past few years so it was good to get the victory and get back to that winning mentality,” said the Clondalkin man.

Shields has remained positive despite the departure of Stephen Kenny to the Republic of Ireland Under 21s saying “Really it’s business as usual. It has not been as difficult as before because other years we’ve lost some figure head players whereas this year we haven’t had to rebuild the squad.

“It was sad to lose Stephen O’Donnell on the field because he has been a proper leader but it’s great that we’re keeping him around with the group.

“Vinny [Perth] has been there and he knows the players. There are a nucleus of players there with four league titles behind them and they know what it takes to win.”

Looking ahead to their opening league fixture of the 2019 season Shields insisted: “Sligo is going to be a tough match. No matter what they’ve been going through, they’ll always make it difficult.

“As champions the spotlight is always on you. Last year it was Cork and now it’s back on us. When you win the league your head is always on the chopping block, everyone wants to take your scalp.

“But I can’t wait to get back. Saturday was a little taste of it. It got the blood pumping again and hopefully we get off to a winning start on Friday,” he added.

If Sligo were to return home from Oriel Park with something from this tie it would be regarded by most as a successful start for the Bit O Red.

Liam Buckley, together with assistant manager John Russell, have been putting together a squad that they hope can see the club back in among the challengers.

“The club has been very welcoming and it’s been very positive” said Buckley who took over following his departure from St Patrick’s Athletic.

“Really it’s been about building a good group. Some players have been released others have been brought in. We signed a player from Jamaica [Romeo Parkes] and another lad from Bermuda [Dante Leverock]. We’ve also got six or seven underage players coming through.

“Sligo have been finishing in the bottom half of the table for the last few seasons so it’s about getting them up into the top half.

“It won’t happen overnight. You have Shamrock Rovers spending a bit and Dundalk can do what they like. Cork have dropped back a little but they’re going to be strong and even Pat’s are throwing a bit of money at it trying to get up there.

“We play Dundalk in our opening match and then Pat’s in our second and Cork in our third. It’s tough, but it is what it is and our players will want to give a performance that reflects all the work they’ve put in in training,” said the Perrystown man.