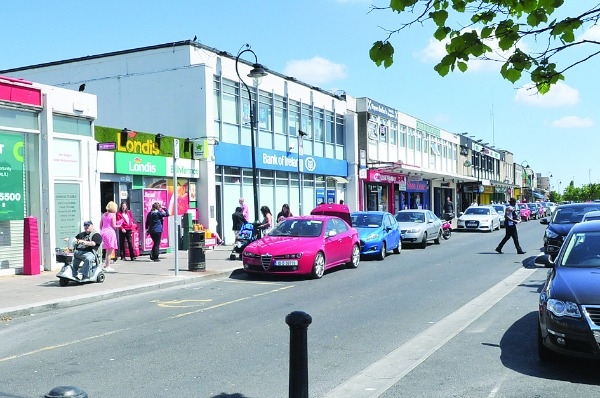 QUICK-thinking pharmacy staff help save the life of a young man, who was stabbed in the neck and dumped outside their premises during a violent dispute this week.

The drama unfolded on Ballyfermot Road on Monday (May 30) just before 1pm, when an altercation, which started on Rossmore Drive, spilled over to the shops at the Golden Mile.

After a male in his early 20s was stabbed in the neck, his friends brought him to Kiely’s Pharmacy, dumped him on the pavement outside and took off.

Staff quickly responded, calling emergency services, running to the nearby Kavanaghs Furniture for towels to stem the blood.

The man is reported to be in stable condition in hospital, but nobody has yet come forward to assist Ballyfermot gardaí in their investigation.

The Echo understands that a dispute arose, involving a woman in Clondalkin, and a male from the Ballyfermot area, who is well known to gardaí.

The male arrived back to Ballyfermot on Monday, and shortly afterwards, three men from Clondalkin landed outside his home to confront him.

One of the three had a knife, which was subsequently taken off him, resulting in a serious wound to the neck.

“The girls came in from the pharmacy, asked for towels, then came back and asked for more,” said a Kavanaghs employee.

A Kiely’s Pharmacy source said the quick thinking by staff “prevented serious blood loss” and it “took time for emergency services to arrive which is understandable when they’re under-resourced.”

Sinn Féin Councillor Daithí Doolan said: “This was a terrifying attack carried out in broad daylight when many children were out on their lunch break.

“I wish the injured man a speedy recovery. We’re lucky not many more people were injured or worse.”

A spokesperson for Ballyfermot Garda Station said: “Gardaí are investigating and are appealing for any eye-witnesses to come forward. The man who was stabbed has made no complaint.

“We are taking this very seriously, and any assistance from the public, even if they want to give it confidentially, would be appreciated.”

Anyone with information is encouraged to contact Ballyfermot Garda Station at 666 7200, the Garda Confidential Line 1800 666111, Ronanstown Garda Station 666 7700, or any garda station.