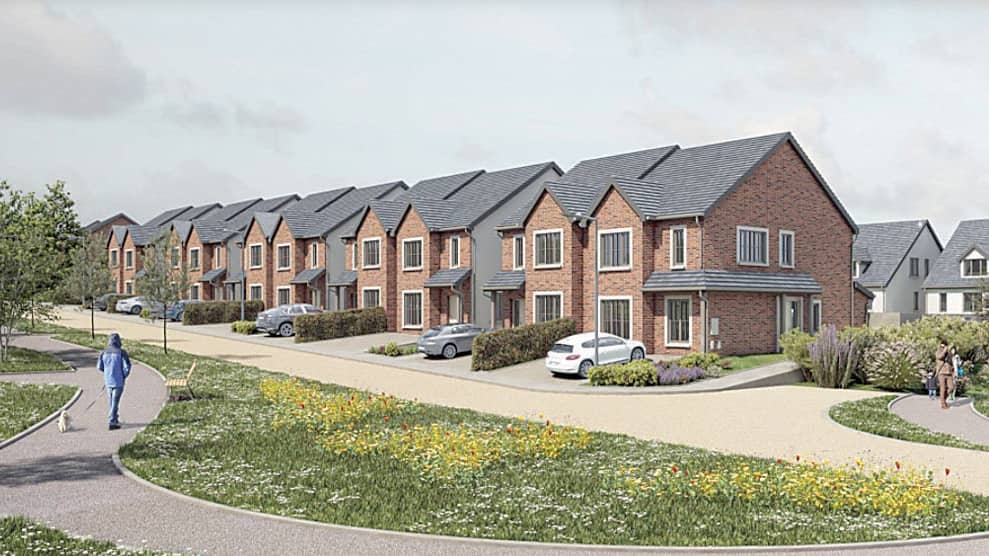 PLANS for the development of 204 dwellings on an undeveloped portion of the Peyton Estate in Rathcoole have been lodged with An Bord Pleanála.

Romeville Developments, who lodged their current application this month, previously applied to South Dublin County Council for a 99-unit residential development at the same site, but they withdrew that application in April 2019.

An artist’s impression of the Romeville development

Their current plans for the site include the construction of 151 houses and 53 apartments, with provision of a childcare facility and all associated site works.

The houses are to be a mix of terraced, semi-detached and duplex properties, consisting of 111 three-bed units, 12 four-bed units, and 28 three-storey duplex units to be located below the proposed apartments.

Provision of 306 surface car-parking spaces and 169 bicycle spaces is included in the plans for the Strategic Housing Development (SHD).

Permission is also being sought for the demolition of five existing properties and outbuildings on the subject site to make way for the proposed development.

A decision on the fast-track application is due from An Bord Pleanála by November 4.