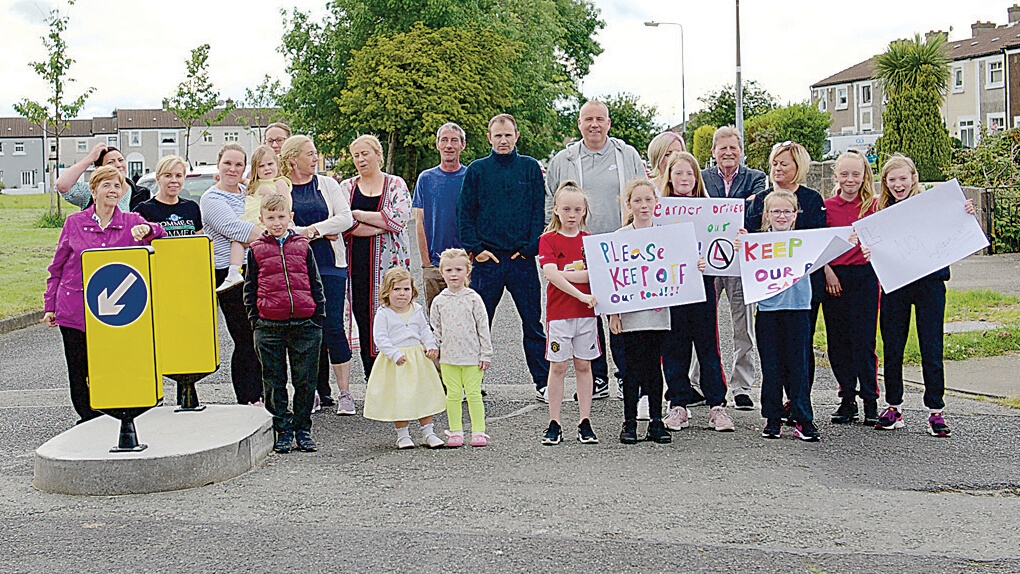 Please stay off our roads

FOLLOWING the concerns of residents, the RSA has asked its test drivers in Tallaght to reduce use of a residential road in Castletymon – while asking approved driving instructors to avoid practicing in the area.

Residents living on St Aongus Road have claimed that for years they have been ‘plagued’ by learner drivers coming onto the road to practice their reverse manoeuvre around a corner.

Official driver testers from the Tallaght test centre on Broomhill Road also use the area as part of the official test route, which draws learner drivers onto St Aongus Road when practicing.

An incident in January of this year, which saw a learner driver collide with the front of a house on St Aongus Road, heightened the situation for locals.

The collision caused extensive damage to the property, with the family being forced to move out for two months while the house was made safe.

At the end of March, Siobhan Valentine and her family returned to their home.

“We were delighted to get home but still nothing had changed outside,” Siobhan told The Echo.

“We’re still being plagued by a lot of people in private cars and driving schools coming onto the road [to practice].

“I’m still anxious for the road safety of the kids.

“We’re coming up to the summer holidays and the kids will be out on the road.”

Siobhan contacted the RSA [Road Safety Authority] to express the concerns of residents.

When contacted by The Echo, a spokesperson for the RSA said: “In March the RSA, in as far as operationally possible, requested Driver Testers to try reduce the use of the Tymon area [St Aongus Road] in Tallaght though it would not be possible to eliminate its use altogether without compromising the viability of the Tallaght operation.

“We also requested ADIs to avoid practicing in this area and we informed them of the concerns of the local residents.”

While welcoming the action by the RSA, Siobhan said: “I understand that this road has been used for driving tests for years and that it will take time to taper off, but it’s not happening quick enough.

“There are a lot of young families in the area and the road is a main pedestrian route to the shops.”

Residents are hopeful that the RSA will completely eliminate St Aongus Road from the route in the near future.