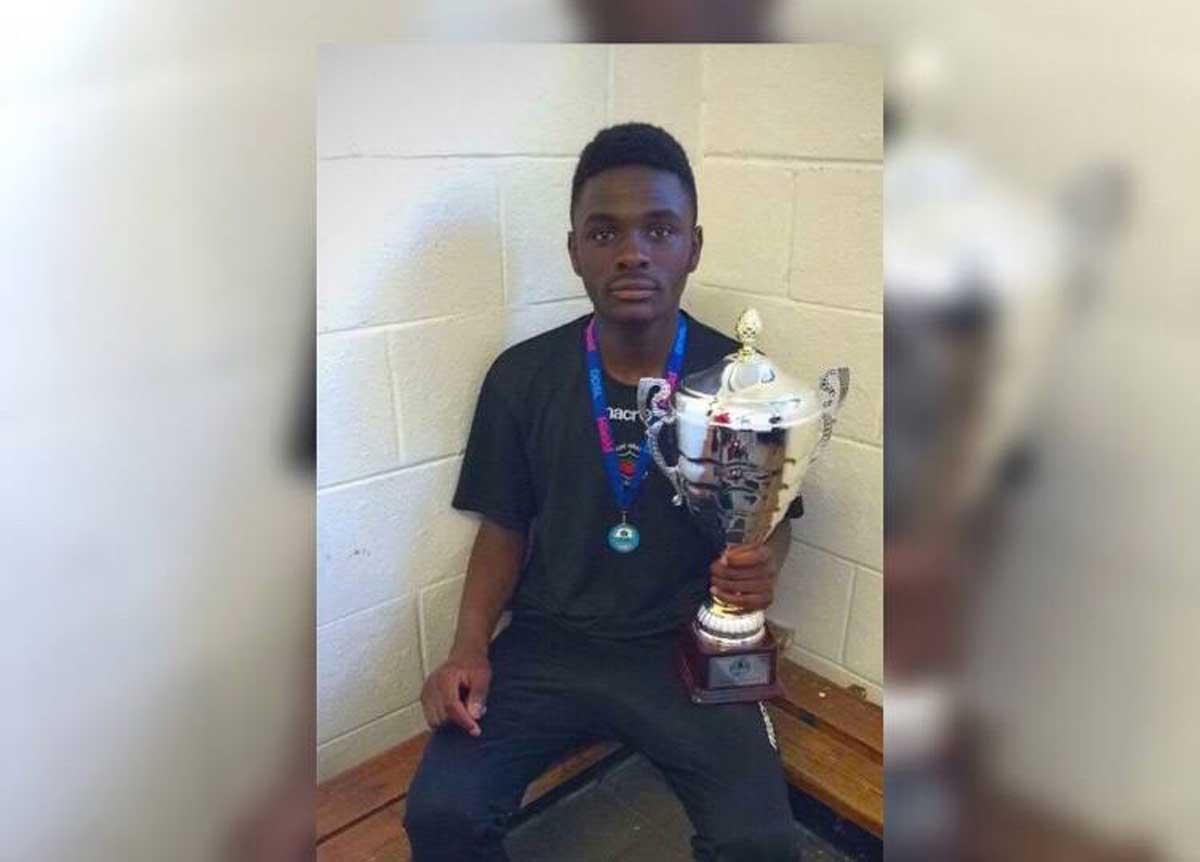 PRESIDENT MICHAEL D Higgins has led the tributes to Tallaght soccer star Exause (Izzy) Dezu (16) who died after collapsing during a match in north Dublin on Tuesday night.

Izzy was playing for the under-16 Shelbourne FC in a league decider against Saint Kevin’s Boys FC when he collapsed.

The game at the Athletic Union League (AUL) complex in Clonshaugh was in the second half when the young player collapsed on the pitch.

The game was abandoned as emergency services were alerted. Paramedics from Dublin Fire Brigade (DFB) worked on the youth for some time before he was brought by ambulance to Beaumont Hospital.

He was later pronounced dead.

President Michael D Higgins paid tribute to the young soccer star, saying on Wednesday: “It is with great sadness that I have heard of the death of Izzy Dezu, a brilliant young member of Shelbourne FC’s Under 16 Academy.

“To his family, fellow players, friends and to Shelbourne FC, I offer my sympathy at their tragic loss.”

A Shelbourne FC spokesman said on Wednesday: “We are heartbroken to have to confirm the news that our Academy U16 player, Izzy Dezu, collapsed and died during a match at the AUL Complex last night.

“The thoughts of everyone at Shelbourne FC are with his family, friends, team-mates and coaches who have been devastated by this tragic loss. May he rest in peace.”

The FAI also paid tribute to the youngster, saying in a statement today: “The Football Association of Ireland expresses its deepest sympathies to the family and friends of Shelbourne Under 16 player Izzy Dezu, who passed away suddenly during a DDSL match against St Kevin’s Boys last night, at the AUL Complex in Dublin.

“The striker had been in fantastic form for Shelbourne this season and was widely regarded as one of the most promising players at this age level in the country.”

FAI CEO John Delaney paid tribute to Izzy and passed on his condolences to the Dezu family and to Shelbourne FC.

He said: “Everyone involved in Irish football is deeply saddened by the loss of Izzy Dezu at such a young age, particularly in these tragic circumstances.

“On behalf of the FAI Board and everyone in the Association, I would like to pass on our sincere condolences to Izzy’s family, friends, team-mates and his club, Shelbourne FC.

“We will pay a special tribute to Izzy at the next Senior Men’s home international at the Aviva Stadium in 2018.”

He was also a fifth-year student in the Holy Family Community School in Rathcoole.

“The whole school community is deeply saddened and shocked by Exause’s untimely death.

“The school would like to express its sincere gratitude for the many offers of help and support it has received. The school’s staff, with the advice of the National Educational Psychological Service, is supporting students at this very sad time.

“Holy Family Community School would ask you to respect the privacy of Exause’s family, the school, its staff and students at this difficult time.