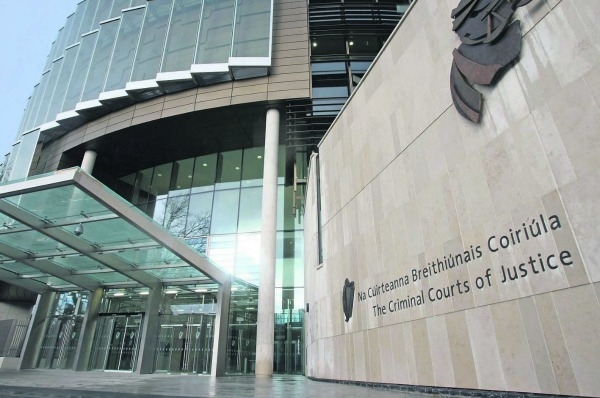 A PRISONER was told by other inmates that his brother’s legs would be broken if he refused to bring drugs into Mountjoy, a court has heard.

Gareth Carroll (35) was on temporary release when he got a call from inside the prison from a number of inmates who were with his brother at the time.

They instructed him to bring heroin, Valium and Xanax into the prison on his return and said if he refused to do so his brother wouldn’t be leaving with his legs intact.

Carroll returned to jail and prison officers later spotted drug paraphernalia on a table in his cell. He was searched and the drugs fell out of his underwear.

Carroll, of Cherry Orchard Avenue, Ballyfermot, pleaded guilty at Dublin Circuit Criminal Court to possession of €1,497 of heroin, €768 worth of diazepam and €286 of alprazolam on May 10, 2015. He was serving a sentence for a drug offence at the time.

Garda Barry Brennan told Dara Hayes BL, prosecuting, that both Carroll and his brother were serving sentences in Mountjoy when Carroll agreed to bring the drugs into the prison.

He admitted that he had concealed the heroin and tablets internally.

Garda Brennan agreed with Keith Spencer BL, defending, that Carroll’s brother was later placed in protective custody in the jail.

Mr Spencer said Carroll was introduced to heroin as a 15-year-old and had been a significant abuser of the drug since.

He said the whole family had been blighted by drugs and his client had very few opportunities in life.

Counsel told Judge Melanie Greally that there has been a “significant glimmer of hope recently” because Carroll is now committed to a new relationship and is free from drugs for the first time. He is stable on a methadone programme and is attending narcotics anonymous.

“He recognises that his addiction was a lifelong one that had caught hold of him from a young age, but he now wants to break out of that cycle and wants to invest himself in more wholesome interests,” Mr Spencer said.

Judge Greally adjourned sentencing to February 27 next and ordered a probation report for that date. She remanded Carroll on continuing bail and said he must continue to engage with drug treatment.