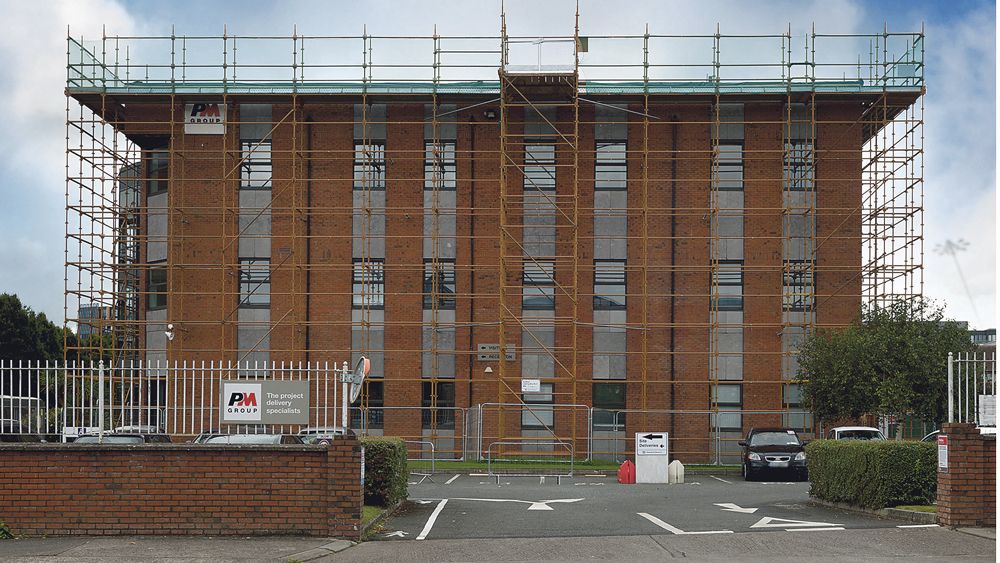 PM Group released record results for 2020. Its underlying revenue rose 9 per cent to €398m, while its operating profit surged 30 per cent to €34.8m.

The company works around the world with many blue-chip clients such as Facebook, Carlsberg, MSD, Johnson & Johnson, Bayer, Pfizer and Eli Lilly.

It helps to build complex infrastructure such as pharmaceutical manufacturing plants, food and beverage production facilities and data centres.

About two-thirds of its revenue last year was generated from the pharma sector, which PM Group described as a “powerhouse” for the company.

Chief executive Dave Murphy and chief financial officer Rosita Fennell told the Irish Independent that acquisitions in markets such as the United States, Germany and Switzerland are on its radar, and that the group would be open to a large deal.

“We’d be open to a number of options if the right opportunity came along,” said Ms Fennell.

“We’re very much focused and we’ve done a lot of research in the whole acquisitions space. We haven’t got anything over the line. There has been a number of opportunities that we’ve looked at seriously.”

She said that any potential deal could be a bolt-on in complementary services in the digital space for example, or something similar to what PM Group already offers clients.

Mr Murphy said the targets the company has looked at so far typically employ more than 100 people.

“We’ve been very active but quite constrained because of Covid,” he said. “We’re very keen, but finding suitable candidates in our niche area is proving quite difficult.”

The group said it plans to add a total of about 400 new jobs this year, with 200 of those roles being created in Ireland.

International projects now account for more than 50 per cent of PM Group’s activity.