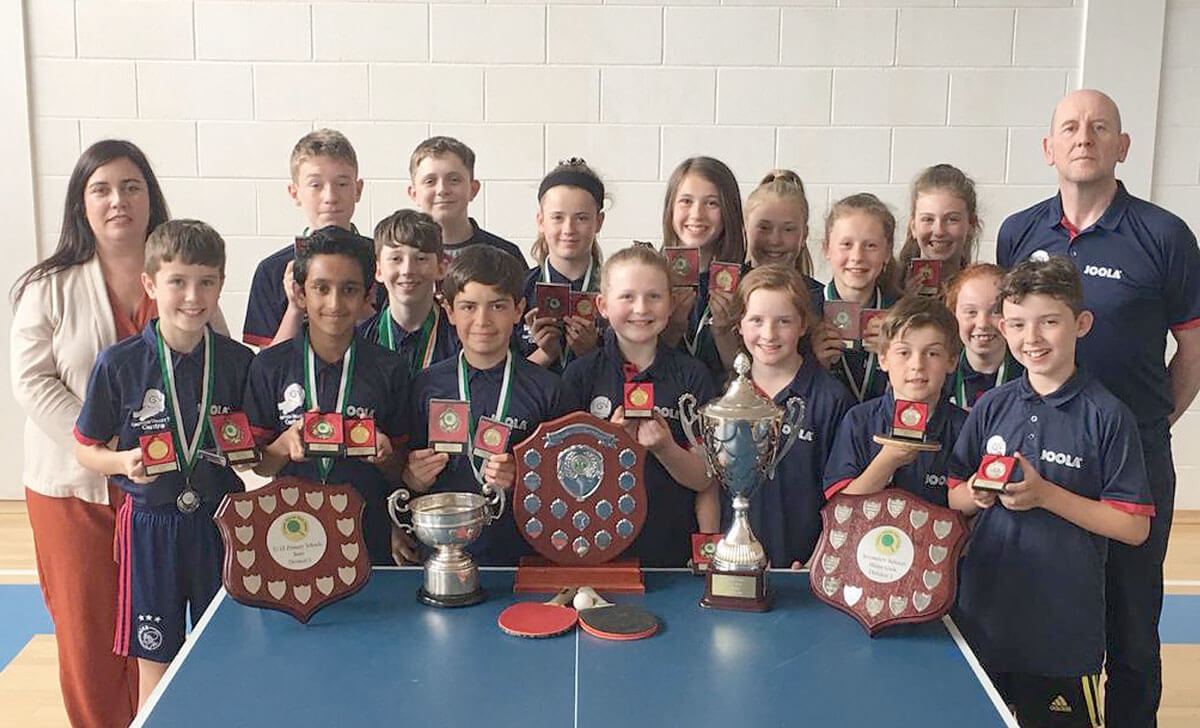 GRIFFEEN Valley Educate Together School Lucan completed another fantastic season of schools table tennis with a double win at the recent Leinster Schools Cup Finals in UCD before continuing on to win Girls gold and Boys silver in the All-Ireland Schools Finals.

Both the girls and the boys teams competed against primary and secon-dary schools in the Under 13 division with the former making it three Leinster Cup titles in a row while the boys have now won twice in the last three years.

Griffeen Valley Educate Together School in Lucan saw their table tennis players pick up honours on both the provincial and All-Ireland stages recently.

The Griffeen Valley girls enjoyed a 4-2 victory over St Ronan’s while the boys contested a very tight match against Castleknock College winning 4-3 with the match going to a deciding doubles that Griffeen clinched 11-9 in the fifth set.

In addition to their Leinster Cup success, GVET also fielded a number of teams in the Leinster Schools League with their Girls A side topping Division One and Girls B team doing likewise in Division Two.

It was a one-two for the Griffeen boys in Division One with the A team capturing the Division One crown and the B outfit finishing runners up.

Next up were the All-Ireland Schools Finals in the National Indoor Arena, Blanchardstown, with the Griffeen Girls and Boys A teams qualifying to represent Leinster in the primary school division.

While the boys finished runners up to a very strong Munster team the girls took gold and the All-Ireland Shield for the second year running.

Delighted with the school’s success, Griffeen Valley’s Philip McLaughlin told The Echo “Griffeen Valley ET have supported the development of table tennis as a sport in the school over a number of years.

“These great achievements can be attributed to this support, along with the hard work and commitment of the coach, players, and the sponsorship from Centra Griffeen Valley” he added.