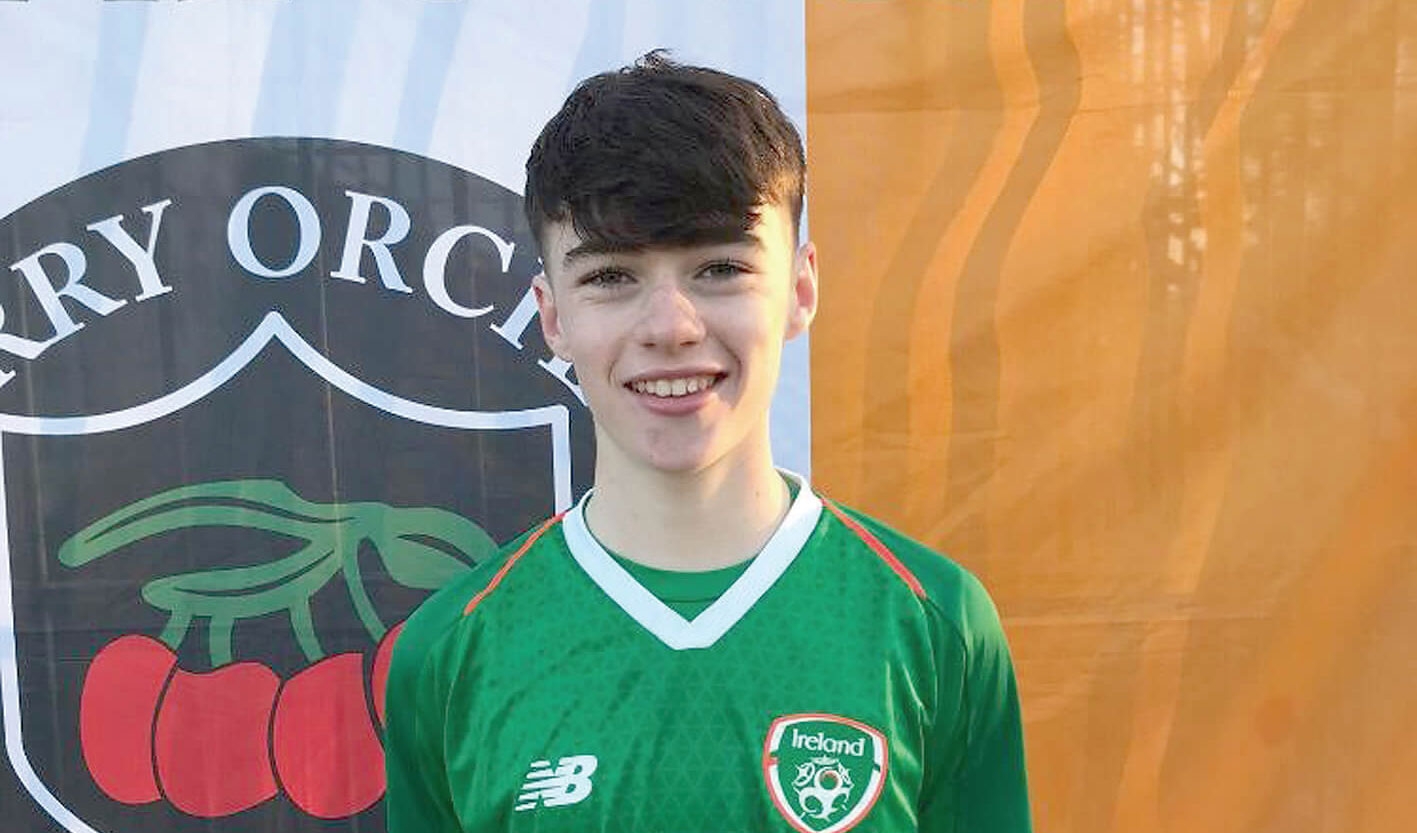 Quinn on brink of big move

BEN Quinn has sparked a huge amount of interest from top soccer clubs across channel.

The 14-year-old Cherry Orchard striker has been away on trials with the likes of Celtic, Manchester City, Norwich, Sheffield United and Derby and has a number of other clubs like Middlesbrough, Leeds United, Bournemouth and Wolves also interested in securing his services.

Ben Quinn is close to securing a big move

Indeed, it is believed that the Republic of Ireland Under 15 international is on the brink of making his decision and could well have an agreement in place within the next fortnight.

Quinn has enjoyed a superb year, playing a starring role for the Dublin and District Schoolboy League as they captured the New Balance Kennedy Cup for the 32nd time at the University of Limerick.

The Clondalkin lad fired home a hat-trick for the champions in the final against KDUL, helping them battle back from a goal down against their Kildare opponents to win 4-2.

In all Quinn amassed five goals in the tournament, scoring too in their semi-final win over Donegal in which his clubmate Thomas Lonergan also hit the target and later on in the season he scored the decisive goal for the Ireland Under 15 team in their 1-0 victory over Poland.