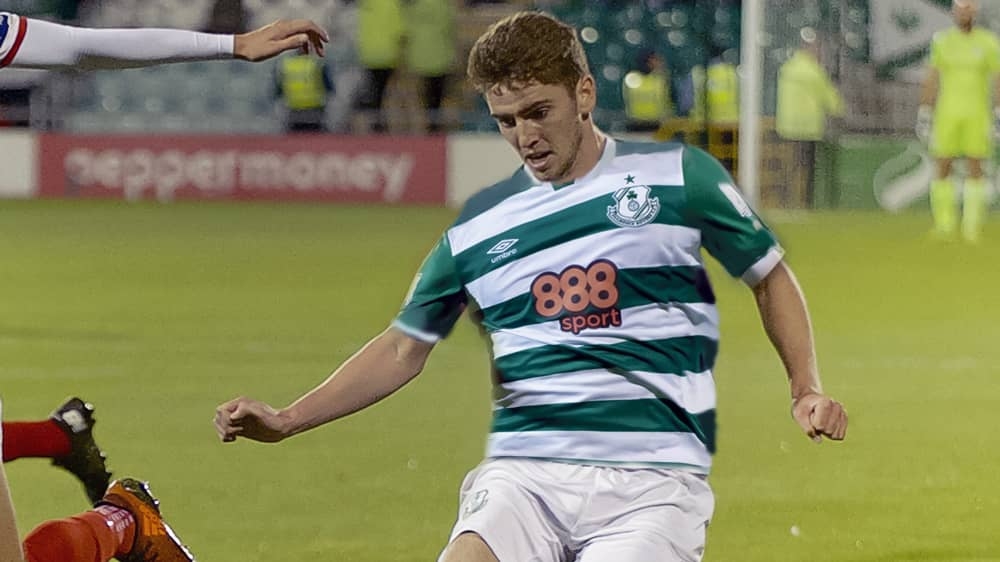 WHILE Shamrock Rovers midfielder Dylan Watts is chomping at the bit to take on Sligo Rovers on Saturday, he admits the Hoops will have their work cut out in trying to bag three valuable points on the road.

Stephen Bradley’s side have made a promising start to the defence of their Premier Division title, carding a draw against St Patrick’s Athletic and claiming all three points against Dundalk.

The Bit O’Red have taken seven points from their opening three games which included an impressive win over Waterford and draw with the Lilywhites.

“I think it’s going to be a very tough game, it’s always a tough game at Sligo and it’s difficult enough to get a result up there,” Watts told The Echo.

“They’ve got off to a fantastic start. They’ve signed quite well and I think we’re seeing that coming through.

“I feel a draw against Pat’s was fair. We knew, with it being the first game of the season, that they were going to come out all guns blazing and they did.

“The other night [against Dundalk], we looked more like ourselves.

“We were much sharper and that just comes down to game time. I feel like we have made a decent start and we’re only going to get sharper as the games go on” he stressed.

The Hoops played host to rivals Dundalk last weekend and came out on top thanks in no small measure to goals from Danny Mandriou and Watts.

Mandriou opened the scoring when he took a quick free kick, received the ball back outside of the box and bent it around the ‘keeper into the top corner.

And his midfield partner, Watts, doubled their account when he dropped into a pocket of space 35-yards out, took a touch and stroked the ball into the bottom left corner.

Dundalk pulled one back through a Patrick Hoban header but it was merely a consolation at that stage.

“The area I was I in, I knew when I looked up and saw that bit of space ahead of me that I was going to take a pop and thankfully it just went in.

“We can feel that rivalry with Dundalk building and they are games that we always look forward to. They’re great to play in.