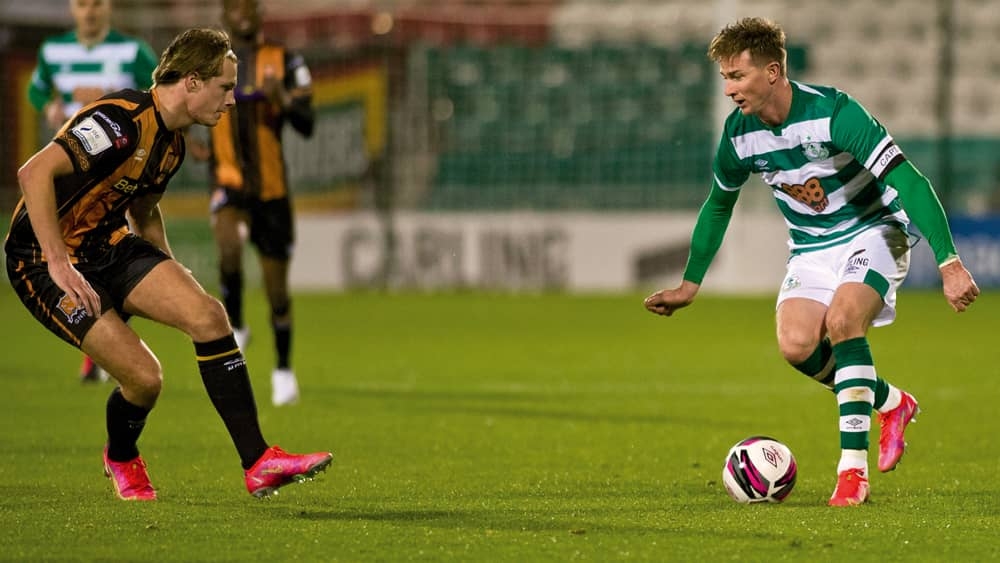 Rovers welcome back the Lilywhites

FOLLOWING a week where his side were left idle, Shamrock Rovers captain Ronan Finn is delighted to be back in Premier Division action against his former club Dundalk at Tallaght Stadium tomorrow evening.

Ronan Finn is all set for tomorrow’s clash with Dundalk

Despite having a two week lead-in to tomorrow’s game, Rovers manager Stephen Bradley didn’t place any extra emphasis on the video review of their opening night draw with St Patrick’s Athletic in Tallaght. After a couple of days, focus immediately turned to the impending visit of Dundalk.

“How the manager works, we watched the Pat’s game. We watched bits of it very early on last week and that was it. We put it to bed. That’s what we do, win, lose or draw. You don’t dwell on it too long. If you win, you move on. The game was a draw.

“We watched it back, we spoke about it and then that’s it. We moved on and that’s kind of how we worked it. Like I say, good training week last week with your eye on Dundalk this week and then the last few days we’ve been really focusing on the game. Preparations have gone really well.”

In a two-season spell at Dundalk under current Republic of Ireland senior boss Stephen Kenny – covering the 2015 and 2016 domestic campaigns – Finn won a brace of Premier Division titles and an FAI Cup. He is therefore fully aware of the pedigree that the Lilywhites possess.

This, of course, will be the second clash between these two sides so far in 2021. In the same venue on March 12, Rovers narrowly lost out on penalties to Dundalk in the FAI President’s Cup.

“Dundalk over the last number of years have been a top side. They’ve picked up silverware on the way. This year we knew coming into the game in the President’s Cup that it would be a tough fixture and it proved to be’ Finn said of that earlier meeting.

“The game was decided on penalties, but it was a good chance for us to look at Dundalk. They’ve had a few new signings. We obviously don’t know their team, what way they work, but they had a few new players that we had an opportunity to look at. We’re at Tallaght, so we want to pick up where we left last season. We want to go and win the game.”