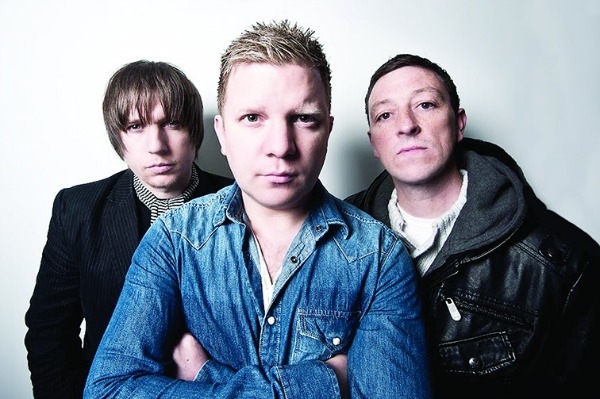 Ruffus set for Tallaght Person of the Year gig

LONGEVITY is not a word associated with many of the bands attempting to break onto the music scene these days.

However, Tallaght-based trio Ruffus has for more than 15 years been bringing their tight and energetic cover set to both national and international stages – alongside writing and releasing original music.

The band is made up of Springfield resident and former St Mark’s student, Declan O’ Connor, Kilnamanagh lad Darren Prendergast and Colin Shanahan, a County Waterford native who lived in Tallaght for a number of years.

Declan and Colin met more than two decades ago when they played together in a six-piece vocal group, which disbanded after two years and paved the way for Ruffus.

This week, Ruffus was announced as the band for this year’s Tallaght Person of the Year awards in the Red Cow Pavillion on November 20 – and Declan took five to speak with his local paper.

Were you always musical? Did any artist or person play a role in steering you down a musical path when you were younger?

For as long as I can remember I’ve always been very passionate about music. My dad got me a guitar for my 7th birthday and I never really looked back. There was always old records playing at home when I was younger. Anything from Mary Black to Thin Lizzy!

What was the first record or tape that you bought?

The first tape I ever bought was Ten by Pearl Jam. I was and still am a big Pearl Jam fan. In my opinion Ten is one of the best debut albums of all time.

How and when was Ruffus formed?

What’s the story behind the name, Ruffus?

We were sitting around one night trying to come up with a name with little success so we began going through the names of characters in movies. Ruffus was a character in one of the Bill & Ted movies. It sounded ok so we went with it, not very rock n roll I know!

What are the most popular songs people ask you to play when you’re doing cover sets? Is there any one song that you just won’t play?

We try to cover as many different styles and artists as possible to cater for all audiences. Over the years we’ve been asked for anything from Abba to AC/DC and we’re always happy to play whatever the crowd want. I draw the line at Daniel O’ Donnell requests though!

You produce original material as well. How’s that going for you?

We’ve always written and produced original music. We have enough original material for 20 albums at this stage. It’s an extremely tough industry to break but that never put us off writing and trying to get our sound out there.

Ruffus come across as a hardworking band, any tips for new bands that are trying to get gigs?

I suppose just practice hard on getting your sound as original as you can, be confident in approaching venues and promoters and don’t take a knock back too personally.

The band has been gigging for a good few years now, what’s your secret to longevity?

We’ve been lucky. Over the years we’ve had some great experiences. We’ve got to play to audiences as far away as China and Japan and have had the pleasure of playing some of the best venues in both this country and abroad. The fact that we’re three really close friends has helped us stay together for as long as we have.

Ruffus is booked to perform at the Tallaght Person of the Year awards. What can people expect?

People can expect a set packed full of classic songs from the 60’s right up to today.

Two of the members are from Tallaght, is the band looking forward to playing at an award ceremony that celebrates all that is great about Dublin 24?

It’s great that people are getting recognition and awarded for the great work and contribution they do within our community. We are really looking forward to being a part of the night on the 20th November.