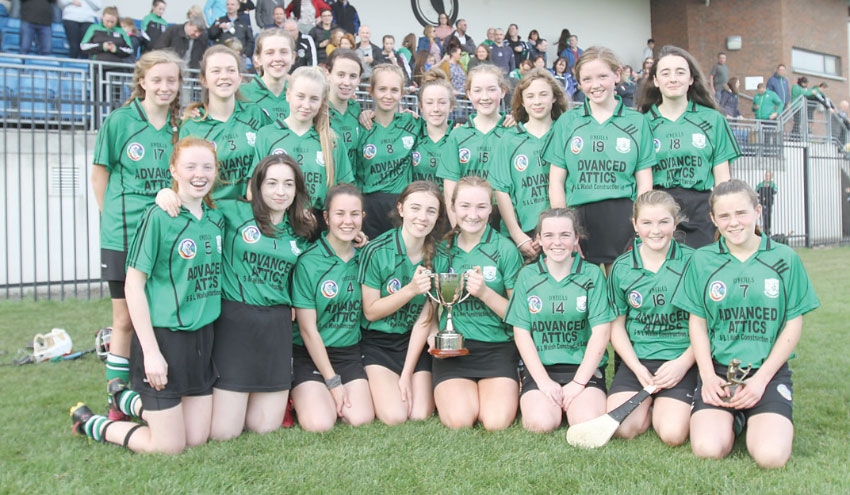 LUCAN Sarsfields Under 14 Division One Camogie team completed a perfect championship campaign with a 6-9 to 1-4 demolition of Kilmacud Crokes in the decider in Noamh Peregrine on Saturday.

Having won all of their group games and beaten St Jude’s in the semi finals, the 12th Lock side was confident of taking the final step on the road to prize.

They dominated all areas of the picth with Sophie McIntyre leading their charge up front with two goals and two points.

Sinead Daly, Sadhbh Murray, Caoimhe McManus and Phoebe Shannon also found the back of the net as Lucan raced out of sight.

Millie Reid and Kerry Jones proved a very effective partnership in midfield, while in defence Lauren Dawson was one of the team’s stand-out performers at centre back.

Goalkeeper Alicia Rooney was very solid when called-upon while Lilly Rooney at right half back was named ‘Player of the Match’.

“They were excellent tfrom the start of the match and they just never let up” she added.

Winners of the Dublin Feile this year, this Lucan outfit emerged runners-up in divisional competition with winners Naas the only team to beat them on that front.