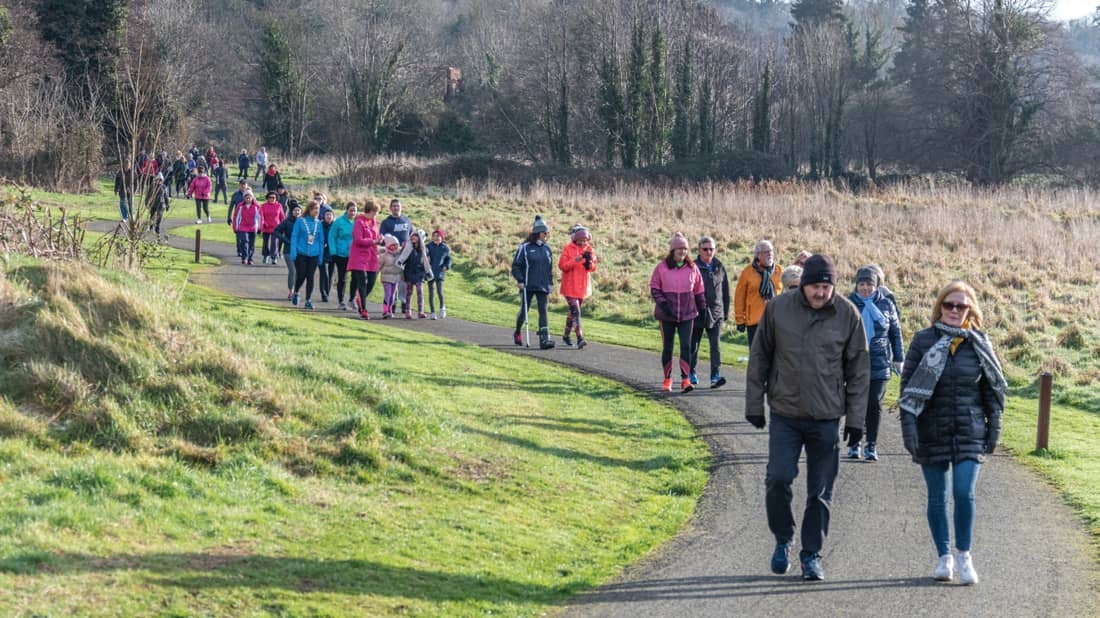 THE PRE-Draft County Development Plan Public Consultation has received more than 200 submissions, a 90 per cent increase in public engagement when compared with the previous plan.

South Dublin County Council has started the process of reviewing the County Development Plan 2022-2028, with those living across communities invited over the past eight weeks to have their say on how their county and neighbourhood develops into the future.

Its very important people have a say in the future development of their county. This is people in Waterstown Park during Operation Transformation

The first, eight-week public consultation stage of the new plan started on Friday, July 31 with citizens of the county invited to make submissions under one or all of eight strategic issues until last Monday, September 28.

Over the two-month consultation stage, The Echo featured weekly articles on each of the key strategic issues, which included built environment and place making; climate action and energy; population growth and housing; sustainable movement; community services; economic development and employment; natural heritage and biodiversity; and infrastructure and utilities.

While all submissions have to be filtered, at this stage the top three topics emerging are Sustainable Movement, Population Growth and Housing, and Climate Action.

According to the council, these three topics are emerging as “key issues” facing the county.

“The issue of Climate Change is recognised as a significant global environment problem and has been raised in a number of submissions received”, the council commented to The Echo.

“While the current pandemic may have heightened awareness facing the county and people’s local neighbourhoods in terms of movement, housing provision and accessibility to services.

“The next Development Plan will seek to build upon the achievements of the previous plan, facilitating the development of further projects to meet future needs in order to contribute towards the enhancement of existing and creation of new great places in which to live and work within the county.”

All the submissions received will now be read, summarised and considered.

The council will then prepare the Chief Executive’s Report on the Pre-Draft submissions, with the report expected to go before councillors in November.

Councillors will consider the Chief Execuitve’s Report and make directions, which will inform the Draft County Development Plan, which will go back out to public consultation next summer.

Speaking with The Echo,  Senior Executive Planner Stephen Willoughby thanked everyone who engaged with the pre-Draft consultation plan.

“It’s great to get so many people involved with this stage of the plan”, he said.

“It’s very important that people have a say in the future development of their county…. and their input is greatly appreciated.

“People sharing their experience of what’s happening on the ground helps us to build a picture of what’s needed… it really is a huge help to planners so, thank you.”

Mr Willoughby stressed that the council will be providing updates over the coming months, and encouraged people to keep an eye on the council’s website and social media channels.

“We’re encouraging people to follow us through the process”, he said.

All of the submissions made will be available to read on South Dublin County Council’s consult.sdublincoco.ie website in the coming week.