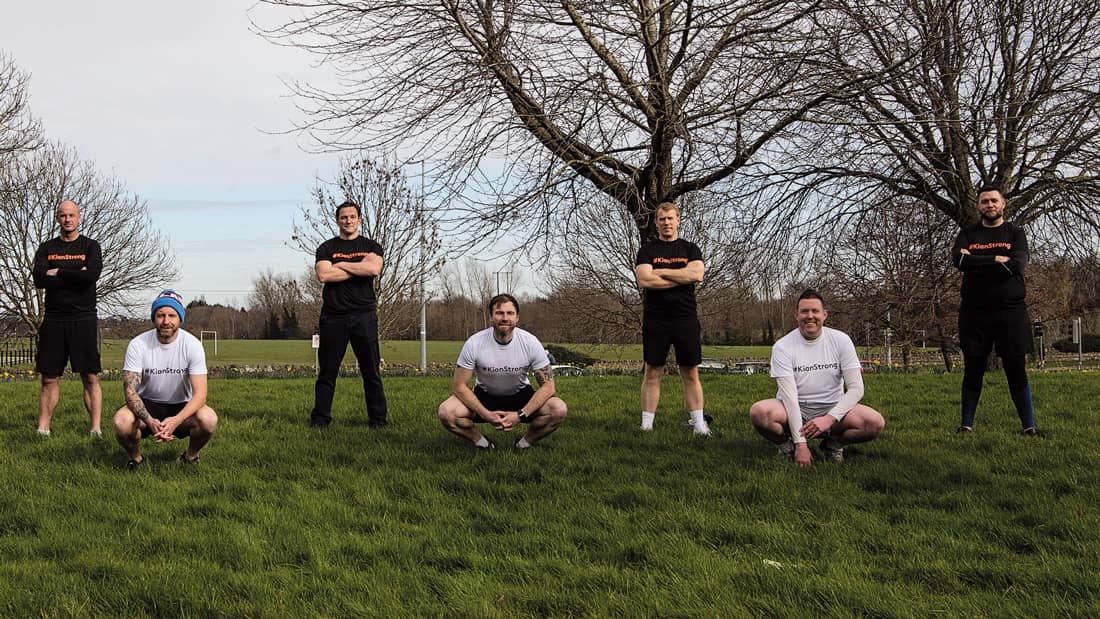 Seven friends will run 300km each in support of young Kian

SEVEN men are taking on the tough challenge of running 300 kilometres each in March in order to raise money for a one-year-old little boy with a rare and cancerous brain tumour.

Kian Finnegan has had to endure numerous operations and rounds of chemotherapy and radiotherapy since being diagnosed with a brain tumour at just four months old.

Kian’s dad Neil, who grew up in Tallaght, is a former Thomas Davis player and now lives with his young family in the States.

Speaking about the fundraiser, Shane Davoren told The Echo: “One of the lads, Anthony, was over with Neil before Covid hit and I was actually booked to go over at Easter just to be a person there as a set of hands for the week because obviously it’s very tough and he has no support structure over there, his mam was over there but had to come home so they haven’t really got much of a support structure there.

“Other than facetime and text messages we haven’t really been able to do anything so Thomas, one of the other lads said will we just come up with this 300k and run or walk it, whatever you need to do to reach 300k.

“Most of us are running it but we are no spring chickens we’re all nearing 40 so it’s tough going.

“We are doing 300k for March – it works out at just under 10k a day, but some lads are doing a little bit more or a bit less, but the magic number is 300 within the month.”

There has been PayPal account set up for the fundraiser where people can donate if they wish, or they can go to the main ‘Kianstrong’ GoFundMe.

Shane is currently juggling having a four-week-old new-born at home with getting up for 6am to work as a Postman but is ensuring to get his 10k in a day.

“It’s all happening but we have a WhatsApp group, and everyone is pushing each other and keeping the spirits up.

“There’s seven of us and its just a small thing in the grand scheme because we have all known Neil since we were small, we are just doing our best that’s all.”