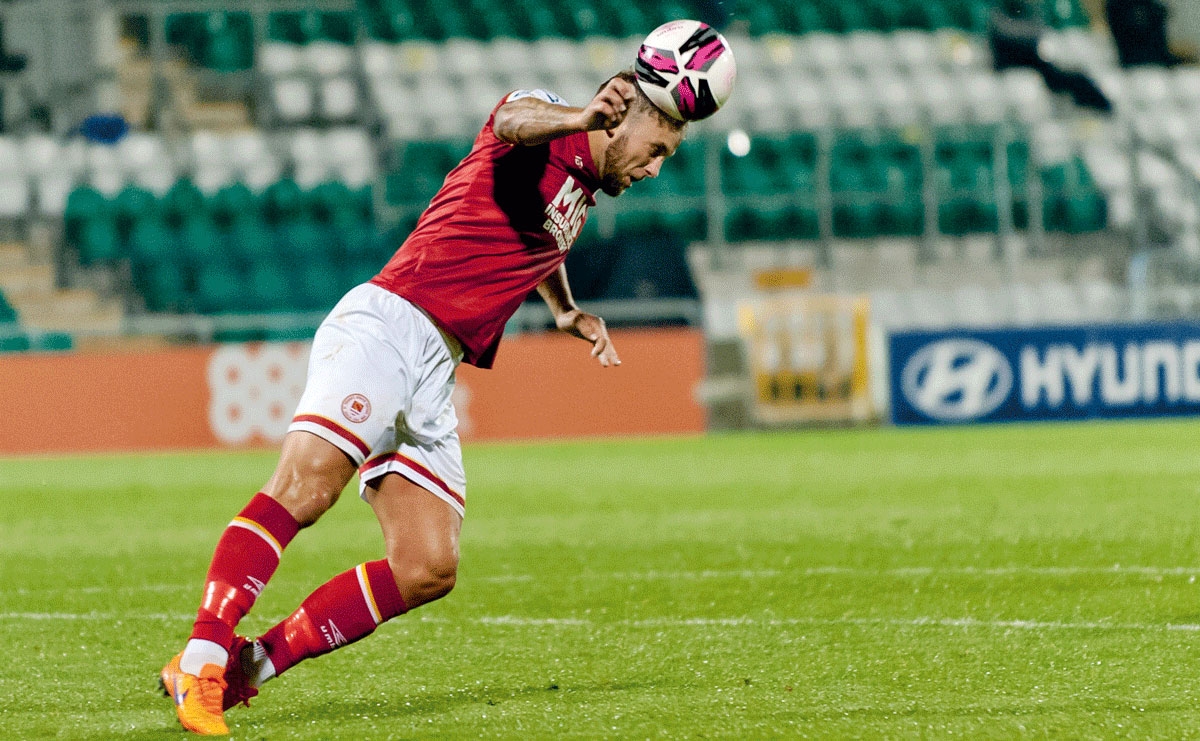 JUNIOR Ogedi-Uzokwe struck late on at Oriel Park this evening to deny St Patrick’s Athletic a fourth successive win in this season’s SSE Airtricity League Premier Division and, by extension, claimed a 1-1 draw.

In top spot heading into this game, the dramatic late intervention from home team Dundalk sees the Inchicore side dropping down to second in the top-flight, albeit level on points with both Shamrock Rovers and Sligo.

While Dundalk have been one of the league’s most successful clubs in recent years, they have endured a nightmare start to the new campaign.

With one draw and three defeats from their opening four games, they found themselves nine points adrift of the high-flying Saints in advance of this contest.

However, there is still plenty of quality within the Dundalk ranks, with Chris Shields (Clondalkin) and Andy Boyle (Palmerstown) still very much part of the fabric in Co. Louth.

Pat’s were hoping to keep their winning run going and Matty Smith forced a fine stop out of Alessio Abibi in the 15th-minute.

John Mountney’s cross on the first-quarter mark was met by the head of Robbie Benson, but a lack of power ensured Abibi remained untroubled.

Vítězslav Jaroš was kept relatively quiet in the Pat’s goal until Dundalk finally created an opening on 42 minutes.

Lilywhites striker Patrick Hoban rose to head the ball towards the target, but the on-loan Liverpool custodian was equal to his effort.

The deadlock remained unbroken at the midway point, but Pat’s ultimately opened the scoring 11 minutes after the restart.

From a Benson corner on the right-wing, Sam Bone attacked the ball with purpose to nod the visitors into the lead.

This threw down the gauntlet to the reigning FAI Cup winners, and Pat’s breathed a sigh of relief when Shields fired wide off a corner in the 73rd-minute.

To their credit, Dundalk continued to probe and were rewarded in the form of a neat Ogedi-Uzokwe finish just five minutes before the close of normal time.

Paddy Barrett was forced to clear a couple of shots off the line in a frantic finale and while Pat’s will feel another win was there for the taking, they remain unbeaten five games into the season.