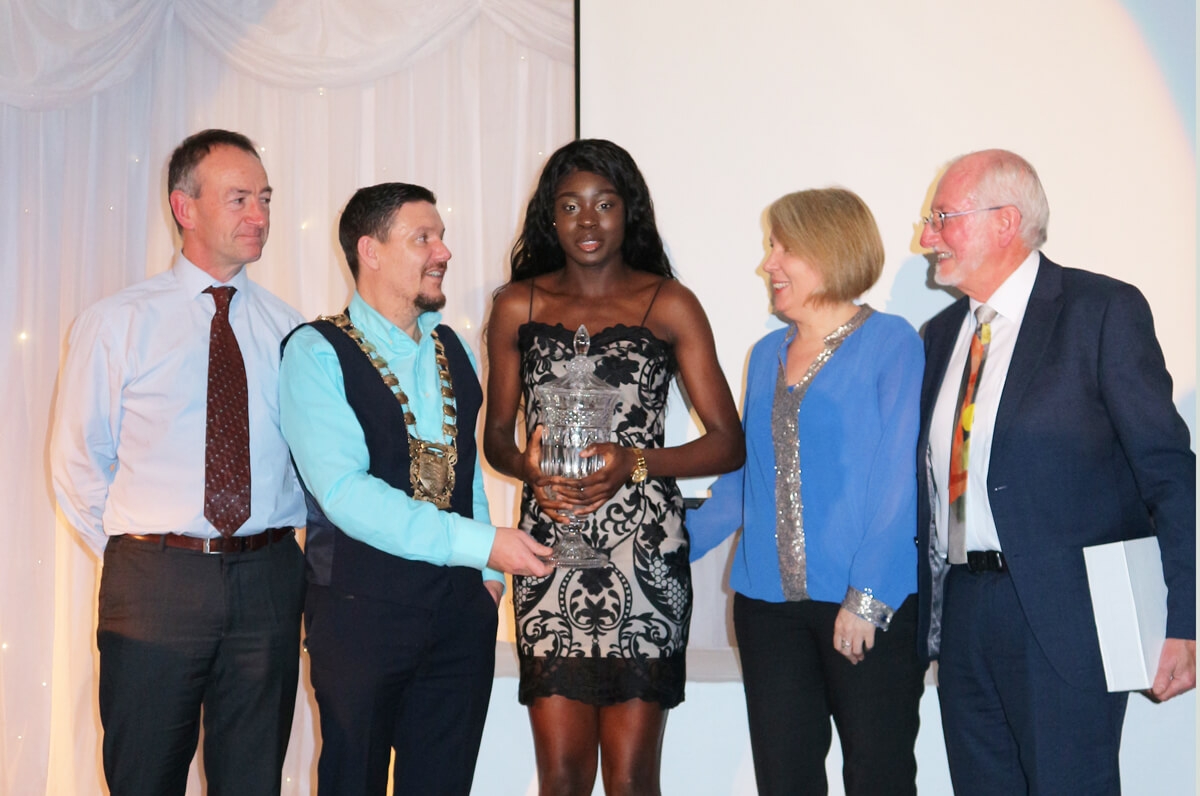 Sixteen-year-old Adeleke scooped the top accolade following a tremendous season that saw her win gold in the European Under 18 200m Championships in Hungary as well as helping the Ireland Women’s 4x100m Relay team to silver at the World Under20 Championships in Finland a week later.

Glenanne Men’s Hockey Team were declared ‘Team of the Year’ after securing a return to Europe when they won the EY Hockey League before also reaching the Champions Trophy Final.

Indeed, it was a great night for hockey with Ireland Women’s Team boss, Graham Shaw picking up ‘The Echo Coach of the Year’ trophy after leading his team to an amazing silver medal at the World Cup in London in the summer.

Following a year in which they bagged a number of major honours in the Leinster Senior League and schoolboy soccer, Crumlin United FC picked up the ‘Club of the Year’ Award while South Dublin Taekwondo, home of Olympic hopeful Jack Woolley, were rewarded for the opening of their new training facility in Tallaght and the huge progression of many of their members with the ‘2018 Club Development’ Award.

‘The Echo Emerging Athlete of the Year’ trophy was won by Tallaght and National Centre swimmer Niamh Coyne after a superb season that featured a silver medal in the Youth Olympic Games 100m Breaststroke in Argentina.

Kilnamanagh AFC’s Paddy Ennis was declared ‘Sports Volunteer of the Year’ after near to 40 years of service with his club while Stuart McEvoy’s superb achievements with the Shamrock Rovers and Ireland Amputee teams were recognised with the inaugural ‘Sports Challenge’ Award.

The night also saw The Echo and its partners pay tribute to two past heroes of Dublin GAA as former Blues and Thomas Davis senior footballer Paul Curran together with nine-time All-Ireland Senior Camogie Championship winner, Betty ‘Gerry’ Hughes were inducted into The Echo Sports Hall of Fame.

For full coverage of the night visit our Instagram and Twitter accounts or pick up next Thursdays edition for a 12-page feature on The Echo 2018 Sport Awards.