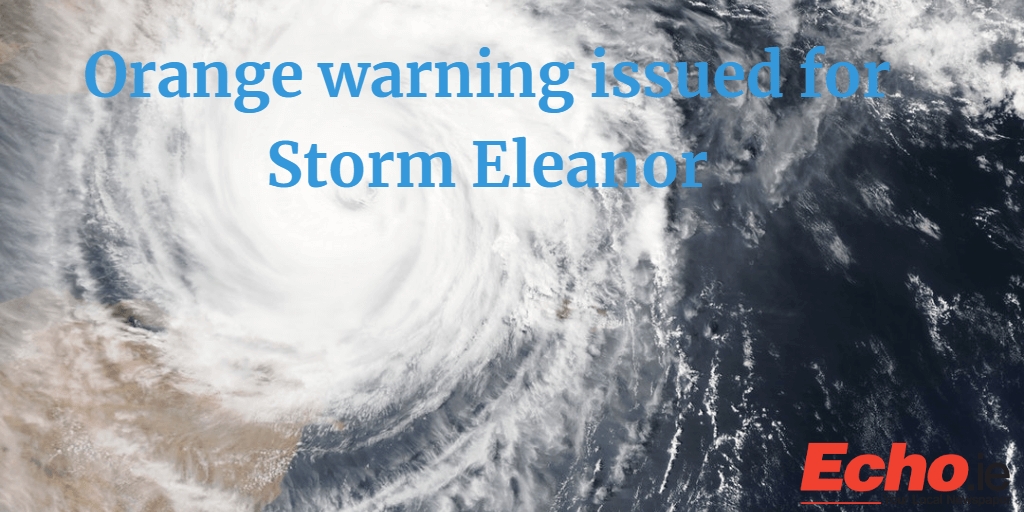 Met Eireann has issued a Status Orange Wind Warning for Storm Eleanor as it approaches with southwest to west winds of speeds up to 80 km/h and gusting up to 130 km/h.

Storm Eleanor, the first storm of 2018 in Ireland, will move in off the Atlantic later this afternoon, moving very quickly across the country this evening - with the storm expected to be at its strongest from around 4pm onwards today (2 January).

An Garda Siochana has also issued a warning, recommending that drivers reduce speed if necessary and drive with care.

According to Met Eireann, there will be very high seas along Atlantic coasts with a risk of coastal flooding.

The Status Orange warning for Storm Eleanor is currently valid till 10pm tonight.