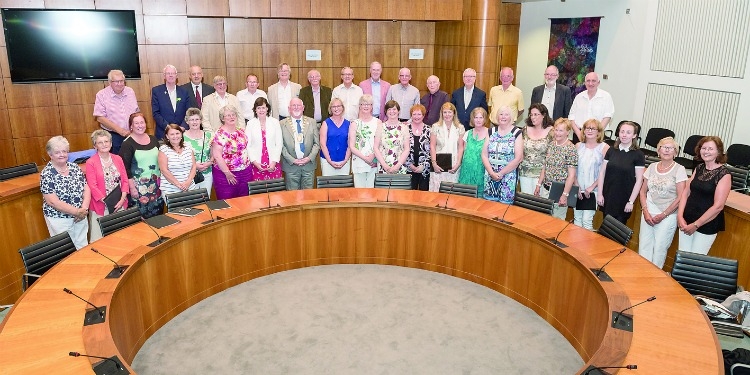 The society was first formed in 1967 by Fr Donal Sweeney, and is based in The Priory in Tallaght.

The choir, which has over 100 members, performed a number of pieces for attendees, including ‘All in the April Evening’ which featured prose by local poet and novelist Katharine Tynan.

“From small beginnings, the choir along with their musical directors have worked extremely hard over the years to cultivate a strong choral repertoire.

“This passion and enthusiasm for choral singing is also shared by the hardworking chairpersons and committee members of the Society.

“South Dublin County Council is honoured to be able to support the Tallaght Choral Society and compliment them on their Community building achievements which have been in tandem with the development of Tallaght itself into a thriving metropolis and County Town.”