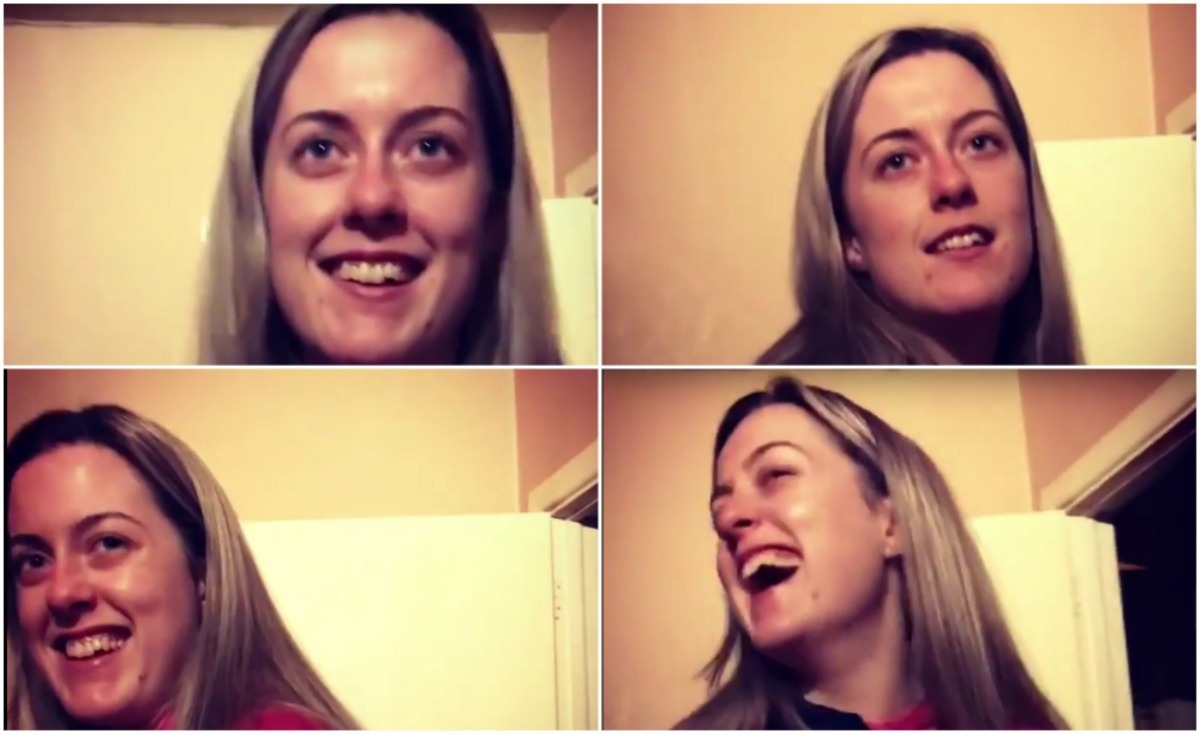 It’s the trick that just keeps on giving, and this time it’s a woman from Tallaght who is the latest to fall victim to the “what does E-Y-E-S spell?” gag.

Most will be familiar with the trick now as it has been doing the rounds online for some time, but it appears it’s still catching some out.

The idea is you ask someone how to spell ‘YES’, and once they have done so you ask them what does it spell when they put an “E” on front of it.

What usually follows is the person sounding like Eeyore from Winnie the Poo as they say over and over again, “it spells e-yes, it spells e-yes”.

Of course, it spells eyes, but for some reason when asked in this way those on the receiving end can’t quite comprehend the word and it’s spelling.

Last month we featured a Ballyfermot lad having the craic as he tried to figure out what E-Y-E-S spell, and this time it is the turn of Jaymie O’Shaughnessy from Tallaght.

Recorded by her friend (we’re pretty sure they’re still friends!) Ray Lynch, Jaymie falls victim as so many have before, but it is definitely worth a good giggle.

Thanks to the guys for sending the video our way.

You can send your videos to us via our Facebook page HERE.