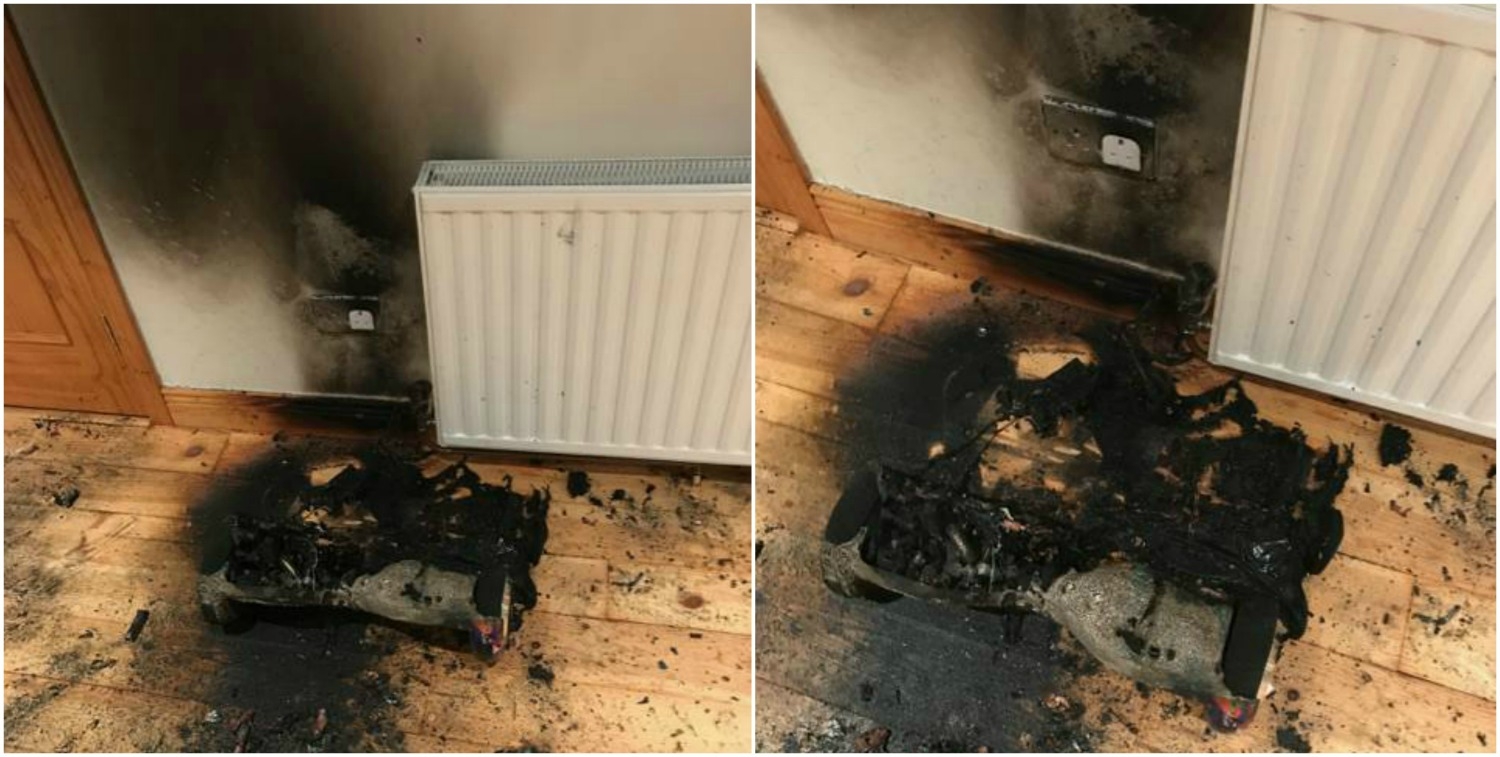 Tallaght woman warns others after hoverboard bursts into flames

A local woman has urged anyone who buys a hoverboard, even from a reputable seller, to be careful after one exploded just three weeks after it was purchased.

The toy had been bought from a well-known supplier and had been CE certified, but as it was charging on Friday night it burst into flames, leaving a huge amount of damage in the woman’s Terenure home.

There were four people in the house at the time, but thankfully none were injured, however, the house will need extensive work due to the damage.

Speaking to Echo.ie a friend of the family from Tallaght, who had bought the hoverboard as a present, said it was lucky there was someone awake in the house when it happened and could alert the others.

She said: “Three weeks ago we bought the hoverboard, which was fully certified, for her birthday and last night it exploded and went on fire.

“I would advise anybody not to buy these dangerous things or if you have one get rid of it.

“Thank god somebody was awake in her house and heard it exploding otherwise god knows what would have happened.”