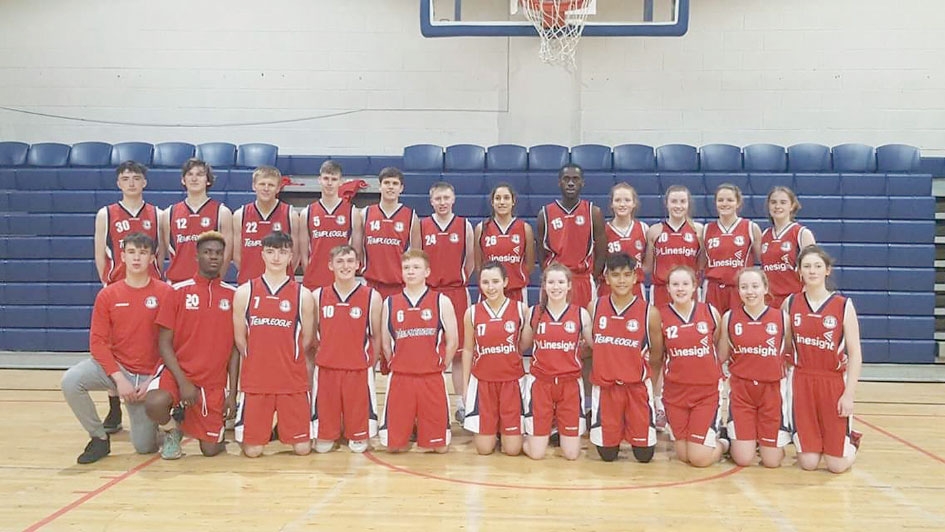 Templeogue teams through to U18 National Cup quarters

BOTH Templeogue’s Under 18 Boys and Girls teams both qualified from the pool stages to the quarter finals of their respective National Cups last weekend.

Playing host to the group phase in the National Basketball Arena, the club saw their Under 18 boys top their section while the girls emerged runners-up.

Drawn in a tough pool with two other Dublin teams, Malahide and Killester, the former played a fast tempo style to win both of those games comfortably and set up a semi-final with Carraig na Bhfear from Cork.

Again they had too much for their Cork opponents and ran out comfortable winners, to set up a rematch with Malahide who accounted for Waterford Vikings in the other semi-final.

While Templeogue had only seven points to spare over their northside rivals in the pool stages, they took control from the start and cruised to a 30-point win this time around to secure a home tie in the quarter finals in December most likely against either Neptune or Moycullen from Galway.

In the girls section there were two spots up for grabs between four teams, Templeogue, Portlaoise, Limerick Celtics and Ballincollig.

Limerick beat Portlaoise by two points, while TBC overcame Limerick by three after a period of overtime.

And in the decider Portlaoise staged a great comeback against TBC, having been 10 points down in the final quarter to win by three, securing first place on points difference, with TBC in second.

The group hosts will now travel to Cork in December to face a tough quarter final opponent in Brunell.

Meanwhile in the NICC Cup for Intermediate teams a depleted Templeogue side came up short against Barrow Rovers 54-49.

Currently top of Dublin Division One, they are back in action this week against KUBs.

On the Super League front Black Amber Templeogue travelled north where they overcame Belfast Star 89-84 in a tight game, extending their winning run to five games.

Mike Bonaparte was the star of the show for them, producing his best performance of the season so far with 27 points, 18 of them coming in the final 15 minutes.

Good solid performances from Jason Killeen and Puff Summers helped maintain their momentum, setting them up for another clash with Moycullen in Oblate Hall this coming Saturday at 8pm.