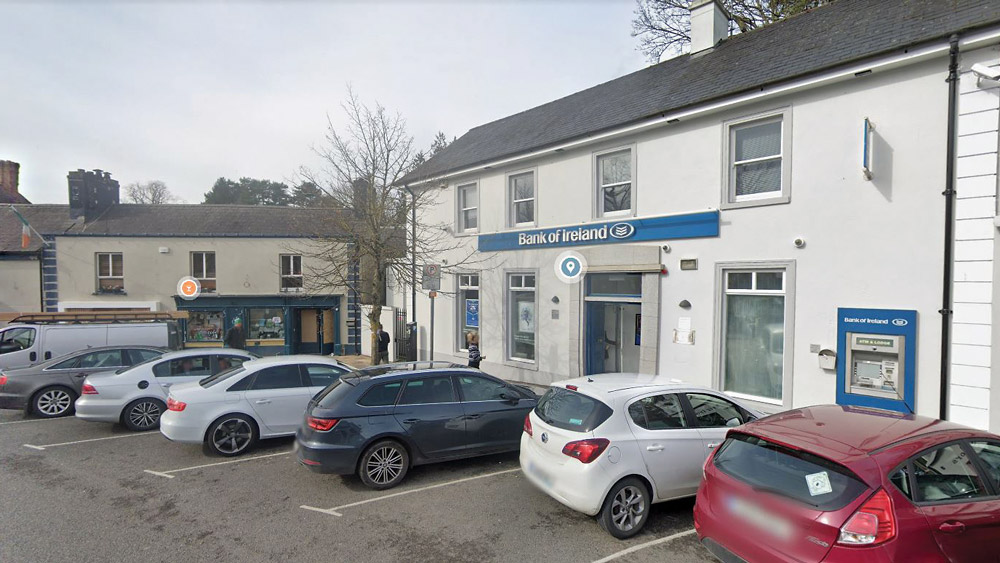 The Bank of Ireland on Main Street, Lucan

A man who fitted a false front to an ATM machine in order to photograph people’s credit card details has been sentenced to ten months in prison for this and other offences.

Marius Pughineanu (42) pleaded guilty to possessing an ATM bank reader and to criminal damage of an existing ATM at Main Street, Lucan on January 7, 2008.

At a hearing in Dublin Circuit Criminal Court on Wednesday, Judge Martin Nolan sentenced Pughineanu to two prison terms of five months each, to run consecutively.

Judge Nolan said the antiquity of the case was not a mitigating factor and said had Pughineanu been before the court in 2008, he would have got prison time.

The judge noted that Pughineanu had “disappeared” twice when bench warrants were issued for him, including absconding to Thailand in 2014 for seven years.

Garda Stuart Gleeson told Lisa Dempsey BL, prosecuting, that the two stolen credit cards used by Pughineanu in 2007 were traced to US owners who never authorised the transactions.

The court heard that on September 2, 2007, Pughineanu attempted to buy PlayStation consoles to the value of €600 at a GameStop store in Drogheda, Co Louth, using a stolen credit card which was later traced to an owner in Georgia, US.

The assistant manager identified Pughineanu from an email that had been sent about the Drogheda incident, so she notified the head of security, who in turn alerted gardaí.

Gardaí arrested Pughineanu running up Temple View Rise, after he was spotted throwing a credit card into someone’s garden. The stolen credit card was later recovered and traced to an owner in Chicago.

Pughineanu was searched and gardaí found a further receipt from Smyths ToyStore for three Playstations totally about €500.

Garda Gleeson also gave evidence of arresting Pughineanu some months later on January 7, 2008 after they tampered with a Bank of Ireland ATM on Main Street, Lucan.

The court heard that Pughineanu and a co-accused were questioned by gardaí as they walked away from the ATM and seemed “extremely nervous,” with one of the men attempting to hide a pliers up his sleeve.

CCTV footage retrieved from the scene showed the two men removing the front of the ATM machine with a Stanley knife and interfering with it. Pughineanu’s fingerprints were later found on the ATM machine.

Garda Gleeson explained to the judge that the false front of the ATM was fitted with a digital camera, so when customers used their credit cards their numbers would be photographed and then inserted onto a new, cloned card.

Judge Nolan said that banking security has evolved since 2008, but that interfering with the banking system was a serious offence and an attempt to defraud both customers and the bank.

The court heard that Pughineanu has three previous convictions for burglary, but his counsel insisted that he is now a “reformed person” working 45 hours a week as a fire-proofer and paying taxes.

Counsel for the defence said Pughineanu, a Romanian national, returned to Ireland from Thailand in January 21 and turned himself into the gardaí.

The court heard that Pughineanu was extremely apologetic for the offences and has since turned his life around.