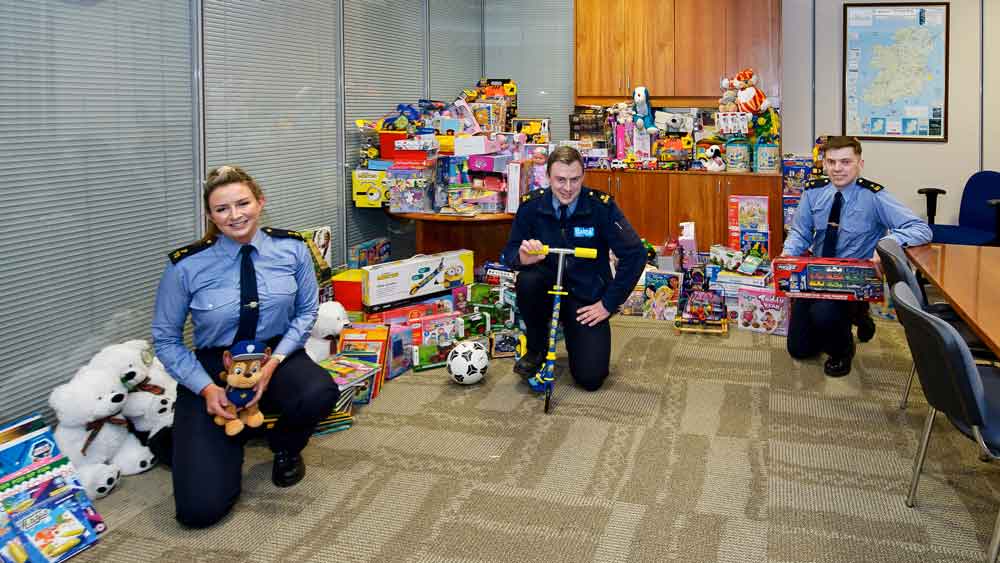 A MASSIVE Tallaght thanks has been sent to the community of Hacketstown for its continuing generosity at Christmas.

Last week, the Community Garda van pulled into Tallaght packed full of toys and gifts for families in need of extra help this Christmas.

For nearly 25 years, the residents of Hacketstown in Carlow have staged a toy-drive for Tallaght families following an appeal from their parish priest, Father Jim McCormack.

After transferring from Tallaght to Hacketstown, Father McCormack made an appeal on behalf of Tallaght families to his new parishioners and the annual toy-drive became a tradition over the past two decades.

This year’s bumper haul was in recent days distributed by local gardai to families, charities, groups and schools in the area.

Speaking with The Echo this week, Community Garda Pat McCourtney said: “It was fantastic again this year, it’s unbelievable really, and it’s going on year after year.

“These toys will make Christmas for families in need.”

Garda Courtney also noted how the community of Hacketstown continued on the annual tradition after Father McCormack retired, with new parish priest Father Terence McGovern now leading the toy-drive with resident Edel Byrne, who is a nurse in Tallaght University Hospital.

Garda Courtney once again thanked everyone in Hacketstown for thinking of families in need this Christmas and for continuing to build on the connection and friendship between the two communities.

NEWER POSTSanta gets on his bike to add to festive cheer
OLDER POSTYou better watch out!