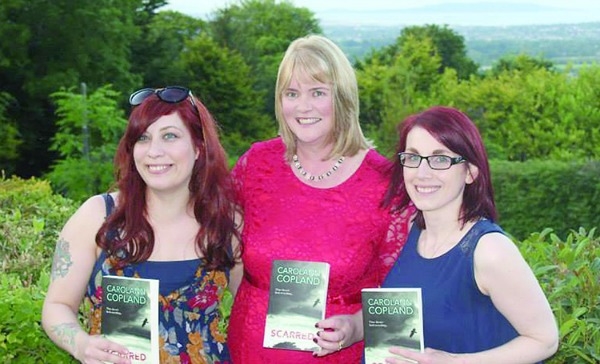 LIVING in the Dublin Mountains, Carolann Copland only started writing ten years ago – and is now at the helm of Ireland’s first awards programme for independent and self-published writers.

With three books under her belt, Carolann, who lives on Killakee Road in Rathfarnham, is part of a new movement in Irish literature which see authors self-publish their own work, a movement which the mother-of-three is working hard to get recognised – encouraging readers, reviewers and the nation to embrace indie-books.

The founder of Carousel Writers’ Centre, Carolann has established The Carousel Aware Prize for Independently Published Authors, which is open for submissions until May 31.

Open to writers from right across Ireland, submissions can be accepted in either print or e-book format (epub and Kindle) and the cost of entry per book is €50 – with the categories including Best Novel, Best Short Story Anthology, Best Non-Fiction Book, Best Poetry Anthology, Best Young Adult Book and Best Junior Book.

Speaking to The Echo, Carolann said: “The Carousel Aware Prize for Independently Published Authors aims to provide a platform to showcase the cream of Irish Self-Published authors, bringing them to the attention of book shops, distributors and the media in Ireland and abroad, with all money raised going to Aware.

“The idea came to me in the summer of 2015. Although I had experienced publishing and selling my first novel, it was just as hard to get the book out there the second time around.

“I fed the idea to a few others and The CAP for Indie Awards as it has come to be known, was born.”

She added: “The current international world of publishing is at a very exciting crossroads.

“The ebook has contributed to a massive increase in readers and authors. Our reading choices are much wider but it can also create a feeling of being swamped.

“Nationally I think we’re taking things a lot slower. Many Irish authors are saying that they might take the plunge into independent publishing but few are jumping.

“Self-publishing is changing the face of publishing world wide and I think that Ireland could do with a little nudge to help it along.

“The awards will provide recognition for the best that Ireland has to offer from Indie authors.

“I think that the written word, like every art, needs competition to keep it moving forward.

“I have read so many brilliant indie-published books over the last few years. I’m loving the choice that readers now have and the competition this gives to traditionally published books.”