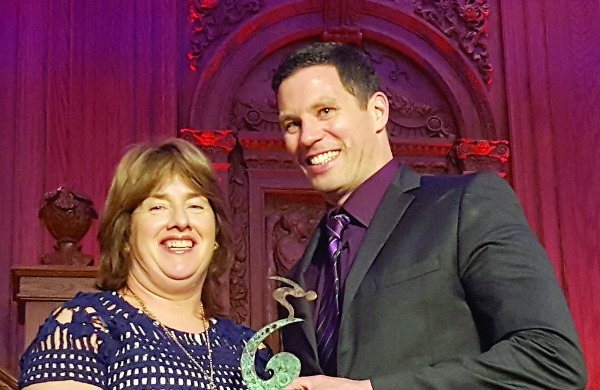 The Echo and local clubs honoured at Swim Ireland awards

THE ECHO Newspaper together with Templeogue and Tallaght Swim Clubs were among those honoured at the annual Swim Ireland Awards Night in Titanic Belfast on Friday.

The Echo scooped the ‘Local Media Award’ while Templeogue were among the ‘Clubmark’ Award recipients and Tallaght Swim Club Chairman Phillip Fitzpatrick was named National/Regional Volunteer of the Year.

“We’re very fortunate that we have such strong swimming clubs in our community who have produced some great competitors over the years” said The Echo Sports Editor Stephen Leonard.

“These clubs also have a great network or volunteers and coaches who give so much of their time to developing talented swimmers and promoting their achievements” he added.

The 2016 inductees into the Swim Ireland Hall of Fame were Peter Banks and Eddie Heron.