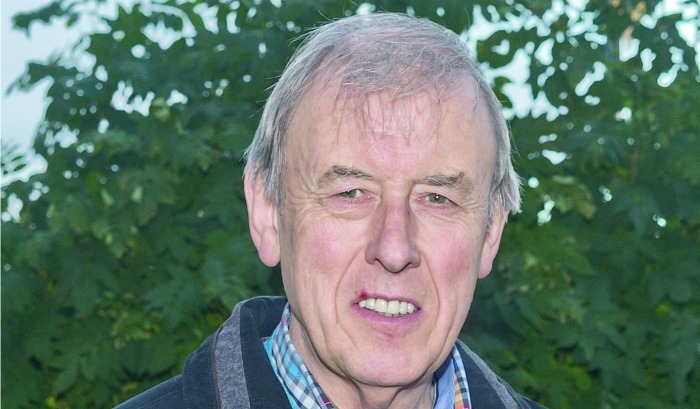 The Irish Heart Foundation says you should check your pulse often

IN 2002 when he was 52, Rathfarnham man Colm McGlade woke up one night with palpitations.

He checked his pulse and his heart was racing. His heart was up to 180 beats per minute. He went to hospital and was kept in for a day or so.

The palpitations stopped after a period and his hearts normal rhythm was restored. Colm was diagnosed with Atrial Fibrillation and was first treated for it with aspirin and beta blockers.

The former school principal believes he has had the condition since he was 18, but it remained undiagnosed until 2002.

He told The Echo: “I remember when I was 18, I woke up with my heart racing. Eventually it calmed down. I just kind of ignored it until it came back when I was 52.

“I went to Tallaght Hospital and they kept me in overnight. After about four hours it calmed down. When I later went to see a cardiologist, he prescribed betablockers and aspirin.”

After a period of time he decided to ask his cardiologist could he come off the betablockers.

Colm didn’t get another attack for 18 months or so and he was then prescribed rhythm control drugs. He thinks it is important that people know about atrial fibrillation as it can be a cause of a disabling stroke.

One in five people over 50 will develop AF and Colm is a typical case.

This week is AF Awareness Week and the Irish Heart Foundation are urging adults to check their pulse regularly. People with AF are five times more likely to have a stroke.

(AF) is the most common heart rhythm disorder which carries a five-fold additional risk of stroke but regular pulse checks can help detect it.

Dr Angie Brown Medical Director of the Irish Heart Foundation and consultant cardiologist told The Echo: “Atrial Fibrillation is a very common cause of disabling stroke in Ireland and by raising awareness of a condition that affects tens of thousands of people in Ireland, and the need for checking your heart rate by regularly checking your pulse, we can prevent more strokes and ultimately save lives.”

Today more than 40,000 people over 50 years old in Ireland suffer from Atrial Fibrillation, but the vast majority are unaware of it, with just 26 per cent of the population having heard of the condition.