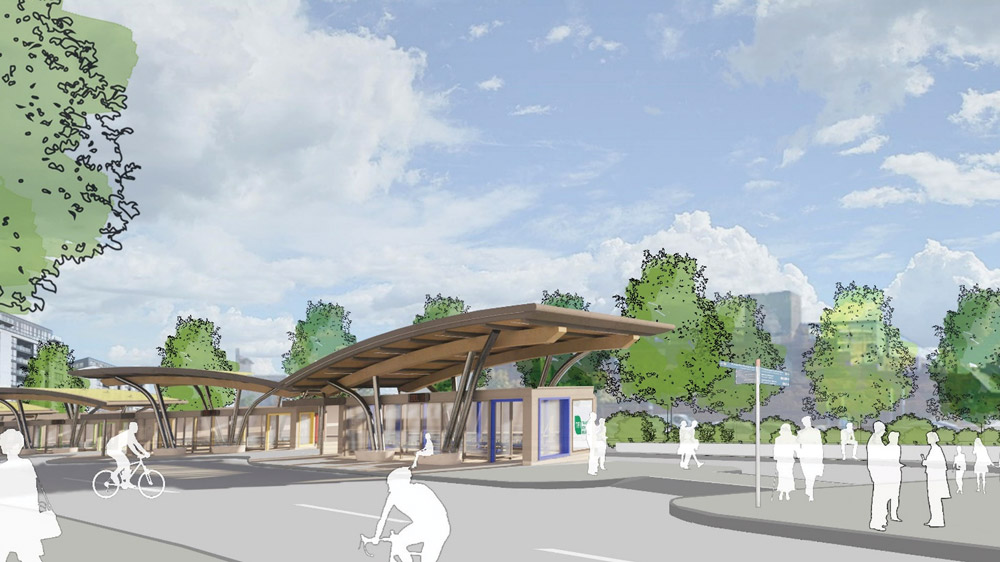 THE current sitting South Dublin County Council has passed a total of 43 Part 8 housing development proposals and “there is a lot going on in a very positive way”, according to its chief executive officer.

A Part 8 planning application is the method a county council uses to apply for planning permission for a development such as social housing or a Strategic Development Zone.

At the recent monthly meeting of the local authority, Daniel McLoughlin, CEO of the council, gave an overview of the Strategic Housing Developments (SHDs), housing delivery, employment, community infrastructure and amenity projects within the county.

“This current council, which is now three years in sitting around this meeting today, has passed 43 Part 8 development proposals . . . which is a significant body of work considering that during two of those three years our business was somewhat curtailed,” Mr McLoughlin said.

In the multi-faceted presentation, it started with large-scale housing developments.

The project to develop 16 affordable, 74 cost-rental and 73 social units at Kilcarbery is on track to be delivered this year.

“Killinarden, our partners there are not going to go the SHD route,” he said.

“They’re going to go into the council for a Large-scale Residential [Development] application, pre-planning is this week.

This bill replaces the SHD process with a new planning process known as Large Scale Residential Developments (LRDs) – although there is a bedding-in period as all SHDs work their way through the system.

Belgard North cost-rental apartments development is due to have receipt of tender in mid-August, with a report expected for the council meeting in September.

There are 14 housing schemes, all under 100 units each, which are “on-site and in flight”. The council’s Housing For All – among them Homeville – target for the year is 400 and they are tracking at around 390.

“The difference being the fact that Homeville, that contract had had to be determined, so that leaves us with a little bit of a shortfall,” Mr McLoughlin told the council chamber.

“Colm [Ward, Director of Housing in SDCC] and our team are working very much to have that project re-contracted and back on site by the end of the year.” 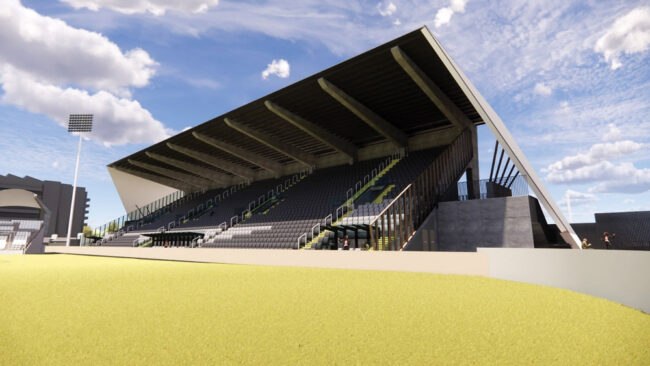 Mr McLoughlin said that the council “are also looking to make up the shortfall to bring us on-line for the 400 target,” without getting into specifics as to how this intends to be achieved.

There is some 8,714 homes, 44 per cent of which will be social and affordable, for 23,000 people expected to be delivered through the Clonburris Strategic Development Zone (SDZ).

Some €2.9 billion was highlighted as the “regeneration value” of the Clonburris SDZ, which will create 2,360 direct jobs, eight schools, 90Ha of parkland, and €530m in exchequer returns.

The council is due to meet with the Department of Housing and Department of Public Expenditure in relation to funding for Clonburris.

There is provision for a fire station at the SDZ, with pre-planning consultation by way of site selection currently underway.

3,500 homes have been completed in Adamstown while 1,000 are expected to be developed at a site known as The Crossings, which is opposite Adamstown train station.

There has been an investment of €85m into Tallaght Town Centre, €40m excluding the cost-rental apartments.

In Tallaght Town Centre, ground has broken at the Innovation Centre and a fourth stand at Tallaght Stadium, and the Tallaght District Heating Scheme is to be operational by September.

The new hard landscaping in the area is due to start in September while tenders for the cost-rental apartments will be assessed in August with Part 8 for the Heritage Centre and construction of the Airton Link Road due early next year.

Regeneration of the Naas Road through the City Edge strategic framework up to 2070, which has potential for 40,000 homes and 75,000 jobs, will be back before the council in 2023 for county development plan variation proposals.

South Dublin County Council has been working on village enhancements and the aesthetics of the county, with works at Saggart and Templeogue complete alongside the first two of three phases at the N81.

During this part of the presentation, Mr McLoughlin said the N81 works were completed “in terms of aesthetic presentation of the approaches to our county town . . . city” with phase three being scoped out.

Progress on the community facility front has been “painfully slow” in one instance while works have begun or are scheduled to begin by year end at Saggart Community Centre, Templeogue Intergenerational Facility and Rathcoole Courthouse.

There is activity across the county in relation to parks, pitches, play-grounds, and pavilions, with projects to get underway by end of year.