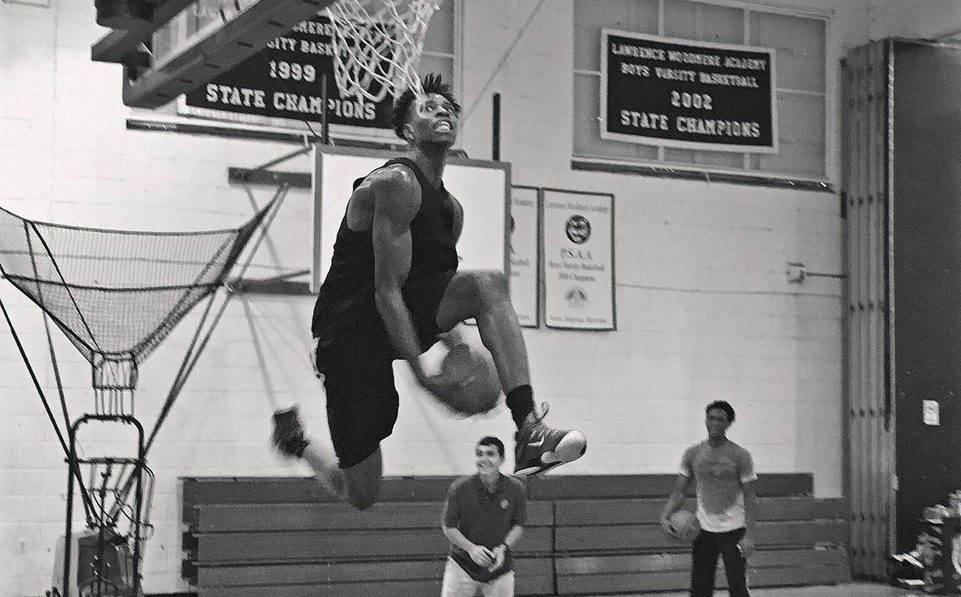 If you have not heard of Clondalkin native and former Dublin Lions starlet Aidan Harris-Igiehon before, you may well be hearing a lot about him in the coming years.

That is because he is one of the hottest young basketballers in America right now, with several high profile colleges already interested in enrolling him when he graduates high school in 2019.

The 16-year-old moved to the US on a scholarship at Lawrence Woodmere Academy in New York last year, and since then has been maturing at a rapid pace on the court.

Noted for his fantastic hands and footwork, the six foot 10 inch tall baller was picked to take part in Nike Elite 100 Camp recently.

The event is a chance to bring the top 100 young basketball prospects together on front of college coaches looking to steal a march on their rivals.

The first date Harris-Igiehon could be contacted by college coaches ahead of graduating in 2019 was June 15th last, and he confirmed to Hoopseen that he had taken two calls from coaches in Xavier and Ohio State on the stroke of midnight.

Blessed and humbled to receive an offer from Oklahoma university pic.twitter.com/AV0ohUGuby

If his show reel is anything to go by he has a sparkling future ahead of him.