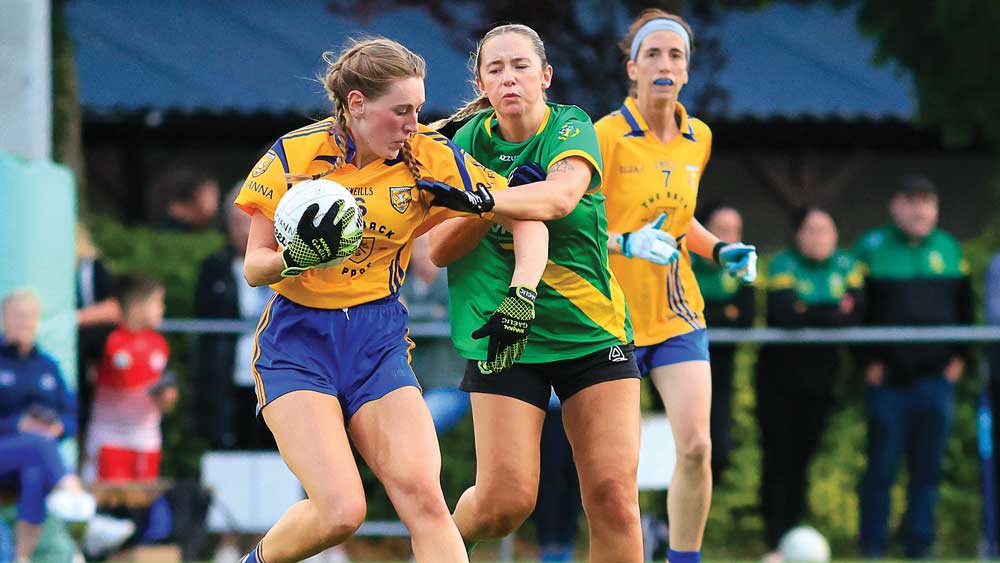 Thomas Davis girls go all the way in championship

IT WAS mission accomplished for Thomas Davis junior ladies football team when they went all the way in lifting the Junior H Championship crown, reports William O’Connor.

The Kiltipper girls battled out a 5-8 to 1-8 win over Na Fianna in St Margaret’s after the northsiders got off to a good start.

The Glasnevin girls started the game in whirlwind fashion racing into a perfect lead direct from the throw-in.

Ellie Haverty settled Thomas Davis girls with a well-taken goal early in the game but it was Na Fianna at the other end piling on the pressure with their direct running style seeing them chalk up a further 1-5 in quick succession.

Thomas Davis lost their captain Sarah Roche to injury mid-way through the first half with Niamh Redmond stepping into the back line to stem the tide.

Davis’ midfielders Karla Plowman and Rachel McHugh battled bravely to stop the Mobhi Road side runners and she was ably assisted by Karen Sweeney, Sarah and Hannah Prendergast in the half back line. 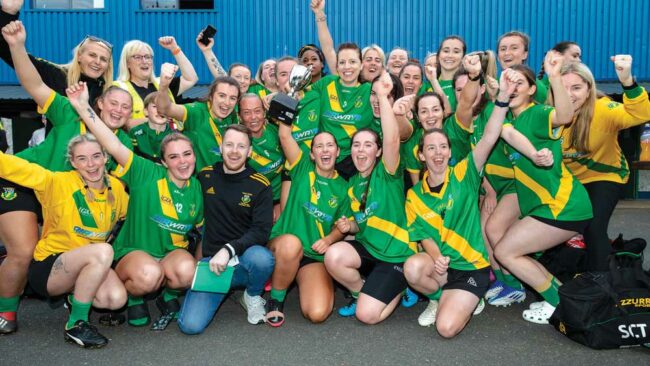 Nicola Douch Staunton landed a free and followed it up with a goal to bring the Tallaght side right back into the game and give her a side a big lift.

Before the break, Georgia Plowman scored two well-taken goals and Nicole Scott kicked a point to leave Thomas Davis leading by six points at the break, 4-3 to 1-6.

The second half started with both defences on top with the Thomas Davis full-back line of Destiny Ogbonna, Stacey Byrne and Vice Captain Kim Plunket mopping up any danger that Na Fianna applied.

Mags McGirl started to run directly at the Na Fianna defenders leading to a number of free-flowing attacks to Davis, while Nicole Scott landed a great point from out the field and Douch Staunton scored a further three points.

Davis continued to apply the pressure with Georgia Plowman adding another 1-1 to her total. Laura Brothwood had a superb game between the posts – her shot stopping and distribution seeing the talented netminder picking up the Player of the Match award.