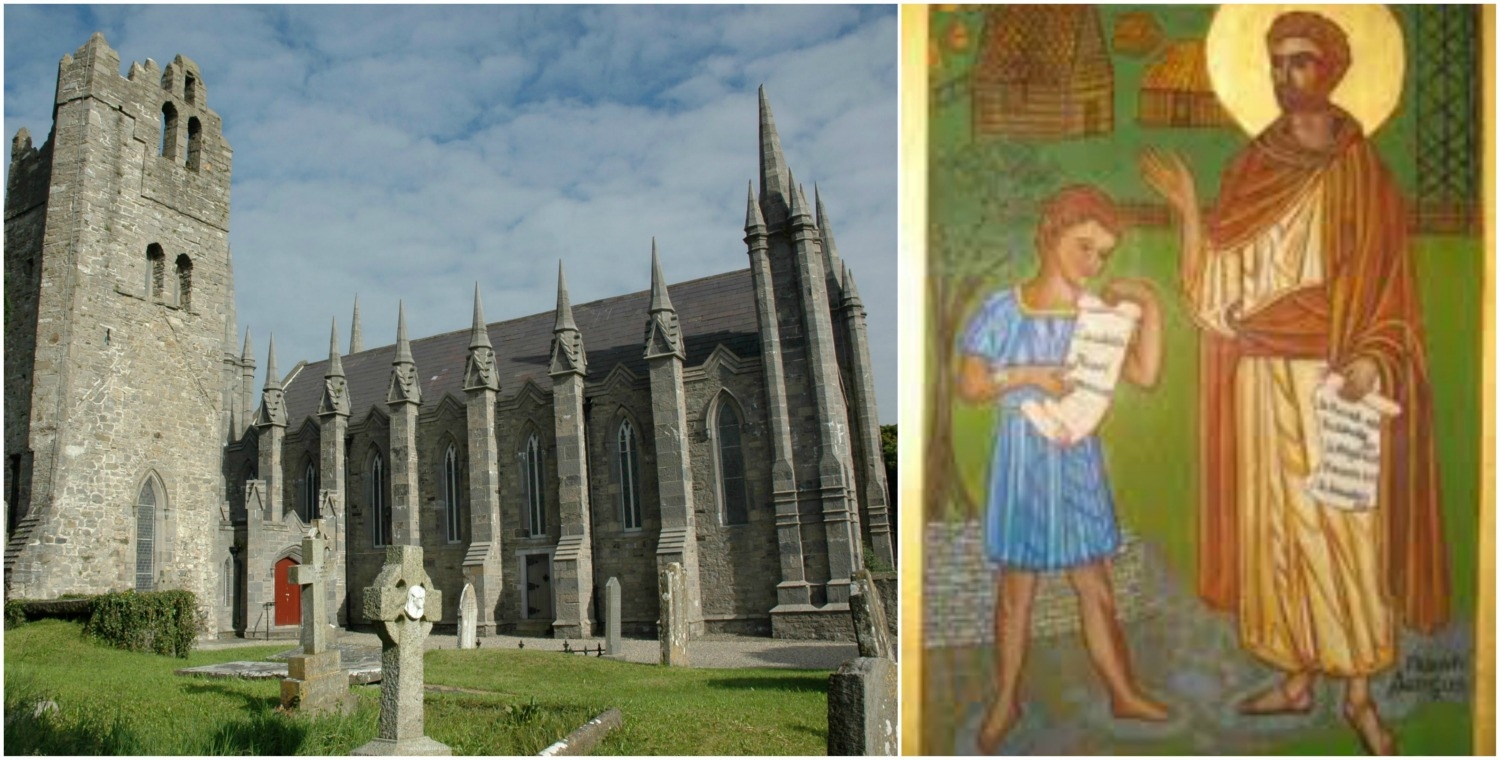 Today is the feast of St Maelruain of Tallaght, but who was he?

Today marks the Feast of St. Maelruain, but who was he?

Little is actually known about the early life of Maelruain. He is believed to have been born in Tipperary in 720.

In 755 he founded a monastery in Tallaght, on land given to him by the King of Leinster, Cellach mac Dunchada.

The name Tallaght (Taimleacht) comes from the widespread plague that killed thousands of people in the Parthalon region. The word ‘Tamh’ means epidemic pestilence (plague) and ‘Taimleacht’ means ‘the plague monument’. In other words, it’s a place where persons cut off by pestilence were interred together. Scary!

Maelruian whipped the monks in Tallaght into shape, bringing forth a severe monastic reform. According to historian Patrick Duffy, Irish monasteries had become ‘lax’ by the eighth century as more and more monks chose to go abroad for a peregrinatio pro Christo (or ‘pilgrimage for Christ’).

Duffy writes: “The fact that many monks felt called to go into wandering exile on the continent may have caused the internal discipline of the monasteries to break down somewhat.”

St Maelruian’s way of life for monks involved austerity and one that abstained from the pleasures of life and material satisfaction. There was a strong spiritual direction, frequent confession and he was fond of doling out the punishments.

One source says: “The mortification of the flesh was encouraged as well as strict ascetic practices, such as prayer in cold water (which can be met in the lives of many Celtic saints) with arms raised up in the form of the cross, and full abstinence from alcoholic drink.”

Maelruain and his disciple Aengus co-authored the Rule of the Ceili De. Ceili De means ‘companions’ or ‘intimates’ of God.

The Rule of the Ceili De set out strict regulation for the lives of the monks – having a say on their prayers, preachings, conversations, confessions and sleep.

Maelruain took the saying ‘the devil finds work for idle hands’ seriously. There are, Maelruain wrote, three profitable things in the day: prayer, labour, and study, or it may be teaching or writing or sewing clothes or any profitable work that a monk may do, so that none may be idle.

Although he died in 792, the festival of St Maelruain’s was celebrated annually by monks. St Maelruain was probably turning in his grave for several centuries as in the mid-1800s, the festivals descended into drunkenness and debauchery.

Weston St. John Joyce wrote in The Neighbourhood of Dublin about these feasts, saying: “The proceedings consisted of making a kind of effigy, supposed to represent the saint, and carrying it about from house to house in a procession, headed by a fiddler of piper.”

According to Joyce, the occupants of each house then came out as they were visited and danced to the music after which a collection was made to be spent on drink.

He wrote: “Few went to bed that night; many slept in ditches on the way home, and drinking, dancing and fighting went on intermittently until morning.”

In a happy coincidence, resident’s of St. Maelruain’s Estate in Tallaght are having a reunion of everyone who lived in the area in the 60s and 70s this evening. Let’s hope nobody sleeps in a ditch tonight.