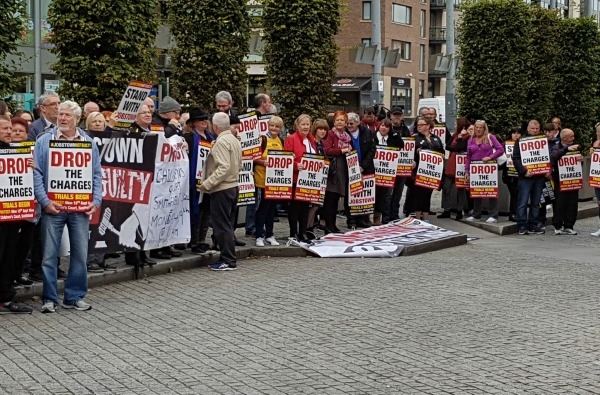 The trial of a 17-year-old boy from Tallaght accused of the false imprisonment of then Minister for Social Protection Joan Burton and her assistant begins this morning.

Ms Burton is expected to give evidence at some point during the trial, while several protests are to take place, with the largest to be held at the District Office of the Children’s Court in Smithfield this morning.

According to Anti-Austerity Alliance TD Paul Murphy, protests will take place in London, Edinburgh, Berlin and Brussels, with more planned.

A 16-year-old boy has already been sentenced to six months in prison for his part in the protest after he pleaded guilty to criminal damage and violent disorder.

For more on this developing story check out Echo.ie throughout the day.