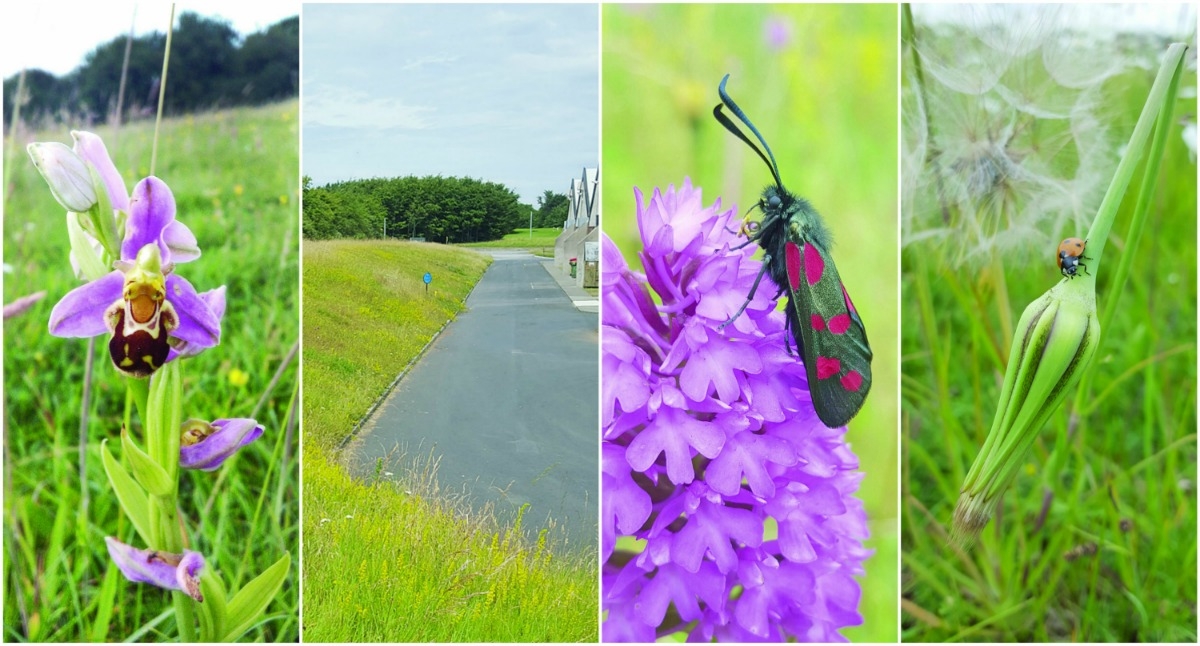 A PATCH of grassland in Tallaght, which measures less than half an acre, feeds a unique and diverse world of biodiversity – which includes rare orchids, 96 types of insects and three endangered species of bee.

Nestling in Tymon Park, close to the Basketball Arena, lies the Tymon Esker – a site of significant geological importance that down through the centuries has been home to a thriving eco-system that is today rarely seen in Ireland, let alone in an urban setting.

Nurtured and cared for by South Dublin County Council and its parks department, Tymon Esker was once part of the Greenhills Esker, which was a winding, soil-rich structure left behind by a glacier.

Over the centuries, the Greenhills Esker would have been green with growth, hence the name Greenhills.

However, due to its light, sandy, lime-rich soil, it was excavated over the years and the sand and gravel used in construction – with the Tymon Esker all that remains of this geological gem.

What’s also pretty amazing about this patch of land is that many of the species of flowers growing on it today have been growing on it down through the centuries.

“The biodiversity on that one small spot is huge, with a recent insect survey discovering 96 species.

“What was exciting about the survey is that it uncovered a species of bug called a True Bug and the discovery in Tymon Esker was only the fifth ever record of this bug in Ireland.

“And, at all of the other four sites they only recorded females, but in Tymon Esker they recorded both males and females which is amazing.

“There are also butterflies and rare moths, such as the Burnet moth which is very rare in an urban environment, and we have also identified three endangered species of bee.

“There are also 15 rare bee orchids growing on site, which are more common to areas like East Clare and the Burren, and around 150 pyramid orchids.”

She added: “The lads who work in Tymon Park do amazing work when it comes to allowing the esker to grow and flourish as nature intended.

“Looking after it involves a very delicate balance of letting the grass grow and then cutting it at the right time.

“It’s amazing that some people would just look at this as overgrown waste land, but if you walk off the path and stand in the middle of it, you are surrounded by pure nature.

“People should visit it and enjoy it for its colour and the fabulous link it has to the past.

“We tend to think that there is not a lot of biodiversity in an urban setting, but if we just look after the environment and encourage it, life will thrive.”

The unique beauty of the Tymon Esker was brought to the attention of The Echo by Kilnamanagh resident David Smullen who, having a keen interest in wildlife, spotted a rare bee orchid growing on the esker.

“I think it’s unbelievable what the council has done here”, David told The Echo.

“I was amazed when I came across the bee orchid, I haven’t seen one in the wild for years, and what the council is doing should be applauded and replicated by other councils.

“We have this obsession with cutting grass all of the time, but that doesn’t help promote biodiversity, and I think the Tymon Esker is an unbelievable example of what can happen when we respect nature.

“We are so lucky to have this in our community for both residents and the insects and birds that it sustains.”

Anybody who would like further information on the Tymon Esker can email heritage@southdublincoco.ie.