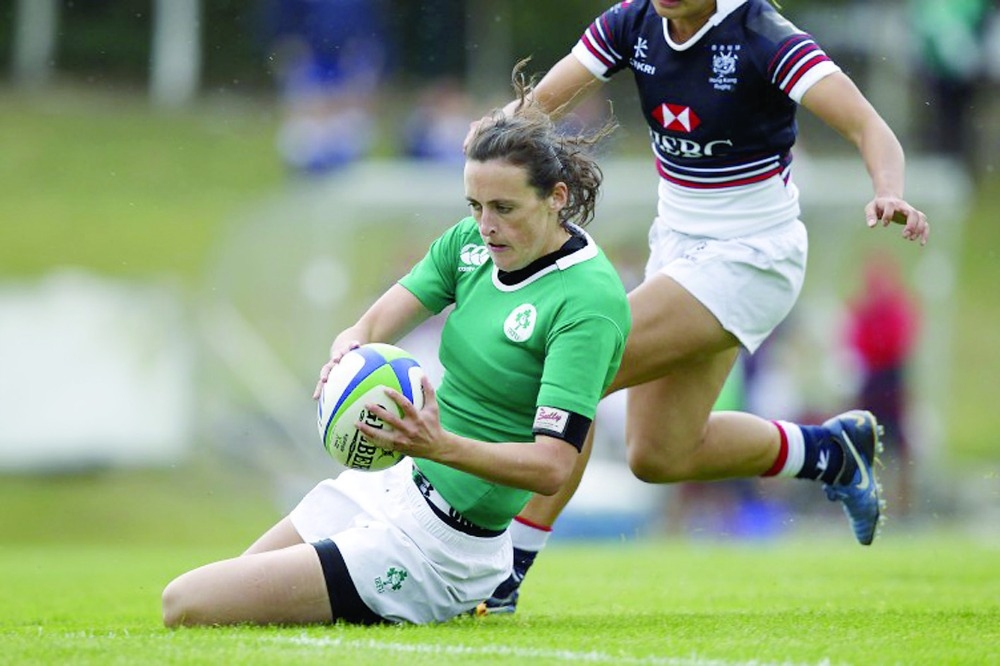 Tyrrell, Williams and Blackmore in for Rugby GP

CLONDALKIN’S Hannah Tyrrell and St Mary’s College RFC pair Megan Williams and Chloe Blackmore have been named in the Ireland Women’s 7s squad for the first of two rounds of the Rugby Europe Grand Prix in Malemort, France this weekend.

Anthony Eddy’s panel will also continue on to contest the final stage of the World Rugby Women’s Sevens Series in Clermont the following weekend (June 24/25).

The second phase of the Rugby Europe GP will take place in Kazan, Russia on July 8/9 with Ireland hoping to secure one of two berths available for next summer’s Sevens World Cup in San Francisco.

Ireland are up against the likes of England, Netherlands, Italy and Wales for the final two places.

Competing in Pool C in Malemort, Eddy’s side will face off against England, Italy and Portugal, while their Pool A opponents in Clermont will be New Zealand, USA and Japan.