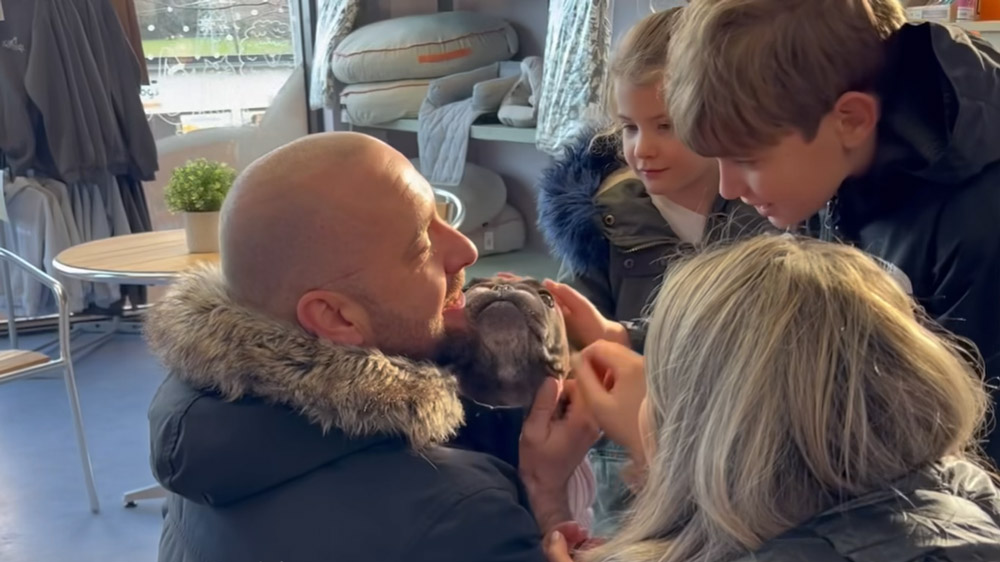 Cuddles for Baya the dog as she is reunited with family (Image: DSPCA)

THERE was emotional scenes in the DSPCA’s Rathfarnham shelter over the weekend, when a little dog was reunited with her family after two years away from home.

Little Baya was found in the middle of a busy Dublin road by a lady who kindly brought her to the DSPCA.

When shelter staff scanned the dog for a microchip and looked up her details on the FIDO database, they discovered that Baya had been flagged as ‘lost/stolen’ two years ago from Galway.

In a post on its Facebook page on Monday, the DSPCA said: “We knew it was going to be a very emotional phone call [to the family].

“We think the video says it all.”

They added: “Baya headed home with her very emotional and overjoyed family on Saturday.

“We’ve received lots of updates since her homecoming and she’s settled right back into her home and doesn’t mind sharing her bed with her new, four-legged sister.

“Life is good again for sweet gentle Baya all thanks to her microchip and we couldn’t be happier.”

“We were able to reunite her with her heartbroken owners with one simple phone call.

“They would never have found her had it not been for her microchip, so please everyone, make sure your pet is microchipped and registered to you, you owe it to them!”

(Video courtesy of the DSPCA)