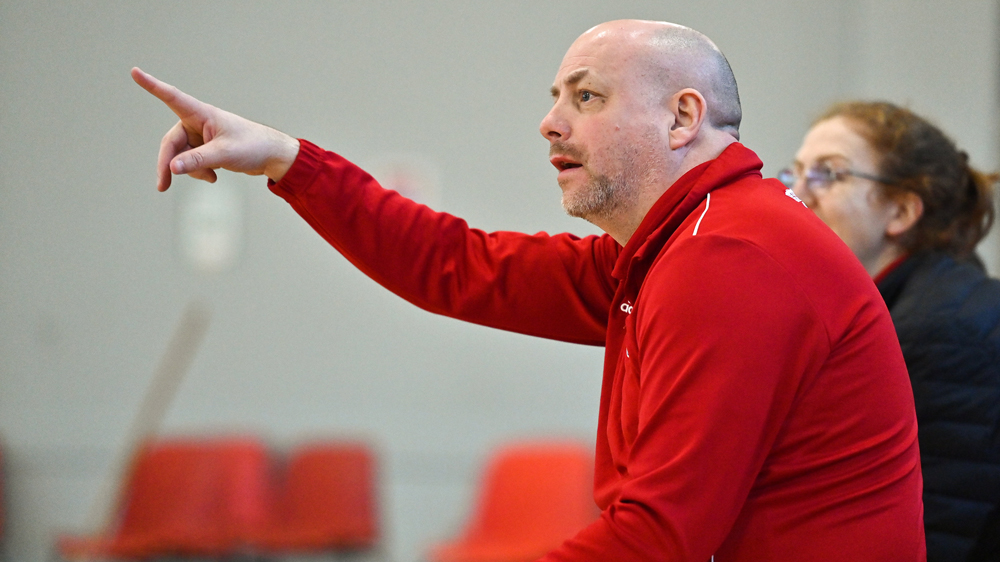 “We very much feel that we’re in the mix”

HEAD Coach Mark Byrne insists his Griffith College Templeogue side has the potential to defy the odds and beat NUIG Mystics in this Sunday’s Women’s National Division One Cup Final in the National Basketball Arena (tip-off 1.30pm).

While the Reds did already suffer a league defeat at the hands of their Galway rivals who sit second in the South Conference table with two games in hand over leaders Limerick, Byrne is adamant that it was a match they could have won had not a few late errors been made.

And the Templeogue boss is hoping that opinion will be borne out this weekend when they bid to get their hands on a National title just effectively years into competing at this level.

“There are a couple of things that leave us in a really positive mind-set heading into Sunday’s match” Byrne told The Echo.

“Overall, including our cup run, we’ve won eight out of 11, so it’s not like we’re a million miles away from being the top team in the league.

“Equally, when we did play NUIG, they beat us by 10 and I think the girls themselves will feel it was a winnable game.

“We made a few mistakes at the end and, credit to Galway, they play a really high-tempo game and are constantly trying to press you.

“If we’d coped with that a little bit better, I think the result could have been different, so we’d certainly feel we’re not a million miles away.

“I think the teams match up well and we’re going into it with confidence that it’s not a David and Goliath situation. We very much feel that we’re in the mix.

“We have 11 players in the squad, with two new Americans in this year, Jah-Leah Ellis, and Akeema Richards. They’ve been great additions, both students in Griffith College.

“Jah-Leah is more of an inside player and Akeema more of a guard, so it gives us great balance.

“But one of the other great things about the squad is that there are three or four, maybe more, who have been Irish underage internationals and it’s great to see them starting to come through.

“Lynn [Tunnah] is probably the most well-known of those and has been playing with the Irish squad for the last year or so.

“Then you have Hannah Murphy who would have been involved with Irish squads, you have Lauren Darcy and Aoife Whelan would have played with Irish international teams. So the core of the team has all that experience even though they’re a young team” he pointed out.

This Templeogue outfit was made scrap for their place in this year’s decider by a Swords Thunder team that very much put it up to them in the penultimate rounds earlier this month.

Yet, according to Byrne, making it through such a challenge will leave his side that bit more battled-hardened and confident they can prevail in tight situations.

“With being a young team, we’re a little bit inconsistent, so to come through on a big occasion like that was brilliant” he said.

“They [Swords] got a great start. We were about 10 points down at one stage in the first quarter, so we could have easily bottled it and lost our way, but instead the opposite happened.

“We rallied and had a really good second and third quarter and probably could have gone on and won it by more, but credit to Swords, they hung in there.

“And when it became a really tight game, it was great experience and that will really benefit us” he stressed.

While his side will be hungry to take the final step on the road to cup success this Sunday, Byrne has been delighted with the impact their journey so far has had on the club.

“It’s really exciting. There’s a great buzz around the club. These finals don’t come around that often and it’s great for the club, great for all the girls who have come through from underage” he continued.

“All the coaches have given so much to get us to here. While I’ve come in and it’s kind of all come together, there has been a huge amount of work done by the committee and the coaches over the years to get them to this point.

“Hopefully it will have a great impact on the whole club.”