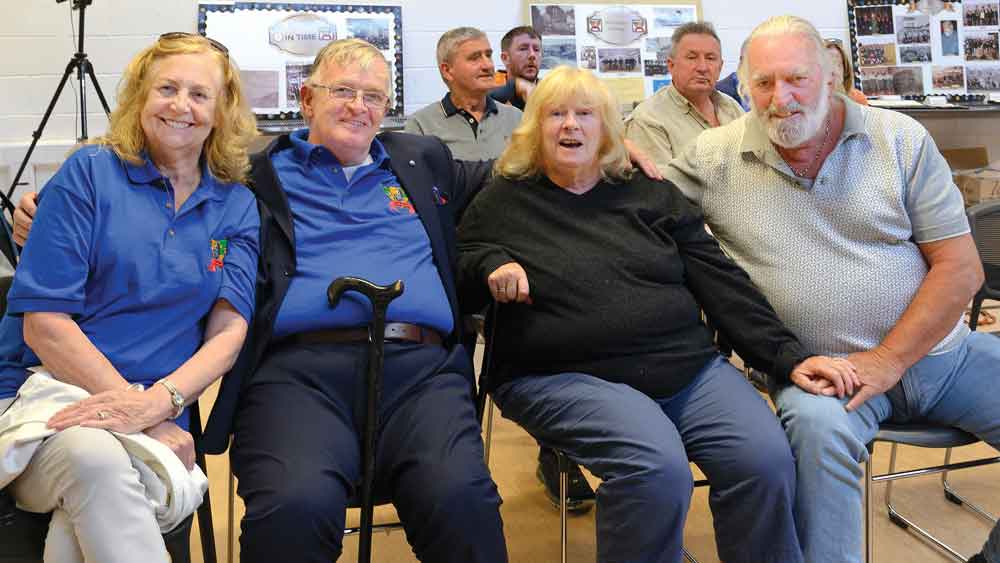 Teresa, Diarmuid, Rose and Pat in the library for Ballyfermot Heritage Day

Worldwide tune-in for day of entertainment on Heritage Day

A FANTASTIC day of entertainment was held last Saturday for the Ballyfermot Heritage Day – with people tuning in from across the world to join in the festivities.

The event was held during the National Heritage Week, and it was the first time in three years, that the Ballyfermot Heritage Group could do this again in person, following Covid and lockdowns.

“It was a fantastic day, it couldn’t have gone any better, we had entertainment all day up until 4.30pm,” said Ken Larkin of Ballyfermot Heritage Group.

“This is the 19th year of this day but for the last two years we had to do a virtual event. But we went back into Ballyfermot Library for it this year.

“As well as that, we asked the diaspora to join us going live on Facebook for about 15 minutes – if they wanted to sing along or grab their guitar or musical instrument, that would be great.”

The Echo understands former Ballyfermot people joined in during the day from as far away as the US, Australia and even Taiwan.

“We always think of them when we are doing things like this.”

Ken would like to thank all Ballyfermot Library staff, Tara Brennan, Celine Hickey, Ballyer Trad Hub, Sean Coleman, Fergal O’Rourke, Diarmuid O’Connor, Rodney Oglesby, Martin Weaver, John White, Susanne Plummer, Tom Phelan, Martin Healy, the amazing Wojek Potszkin Dance Academy, Our Lady of the Assumption choir, C&C Group, and all members of Ballyfermot Heritage Group for their help, and everyone that came along to support and make it a day to remember.

Pick up The Echo Newspaper, out now, for a page of photographs from the event…