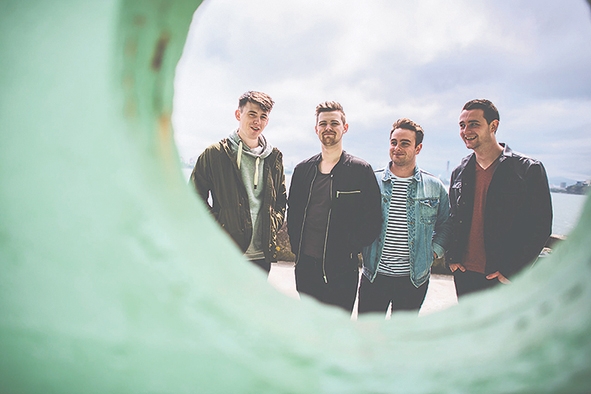 AFTER spending an intense two weeks in Cork recording their debut EP Frequency Illusion, indie band Young Earth will be marking their EP release with a headline show in The Academy 2 this month.

The band, which is fronted by Old Bawn native Mark O’Keefe, enjoyed success over the summer when their single ‘Got A Secret’ clocked up over 100,000 streams on Spotify.

As a result of these streams the band has now gained fans all over the world, who are eagerly awaiting their EP release.

Explaining how the EP came together, Mark told The Echo: “It was recorded in two different sessions, we finished it off in August.

The band will be launching their EP with a headline show in The Academy 2 on Friday November 2, and preparations are already underway for what promises to be an energetic show.

Mark said: “We’re rehearsing really hard at the moment, we want to really step things up when we play live.

“It should be a really good show, and we’re hoping to take things to the next level.”

He added: “I think we’re constantly growing together as a band.”

The Frequency Illusion EP will be out on November 7, and you can get tickets to Young Earth’s November 10 headline show at The Academy 2 or online at ticketmaster.ie