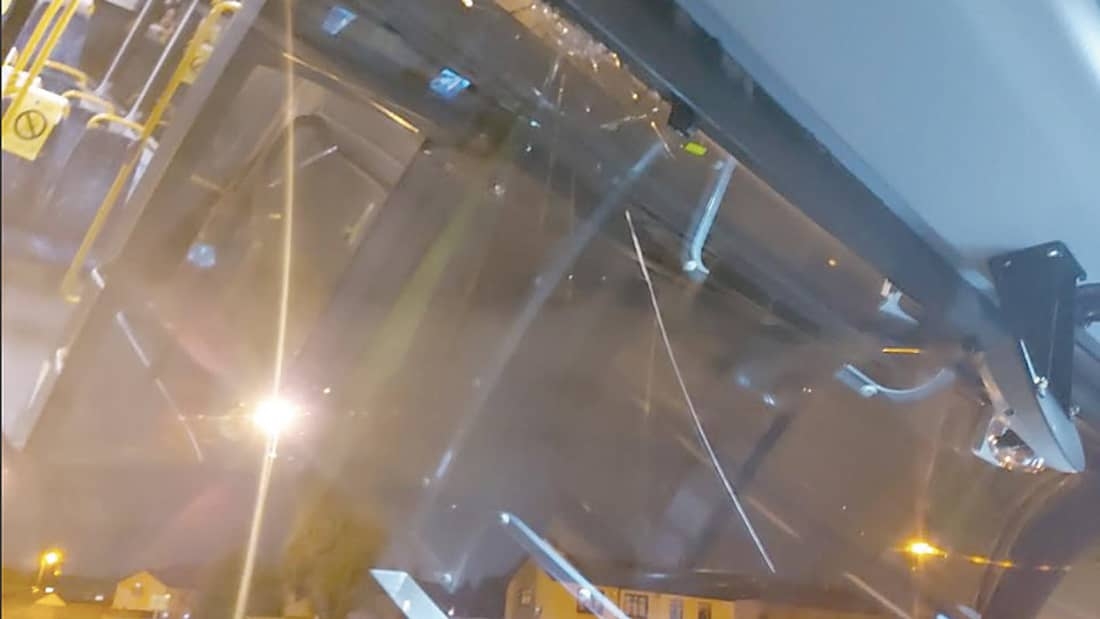 A COUNCILLOR has slammed a group of youths who allegedly threw projectiles at and damaged the window of a bus in Neilstown on Saturday (July 25) night as being “mindless vandals”.

The Echo understands that on Saturday night, just after 11.30pm, a number of projectiles were thrown at a 76 bus near Peter the Apostle National School in Neilstown, by a group of youths who stood in front of the bus.

The Dublin Bus window from inside the bus

The driver and the bus’s passengers were uninjured, however the bus’s windscreen was damaged.

Alan Hayes, an Independent councillor for Palmerstown-Fonthill, told The Echo: “The community at large in North Clondalkin condemns this kind of activity.

“It’s hideous for this to happen in an area where people depend on public transport, for these mindless vandals to target transport that their families and neighbours use.

“The more this kind of activity goes on, the more it gives the area an unnecessarily bad name and it impacts on our calls for improved public transport in the area.

“I think it’s disgusting and it’s mindless. I don’t believe it’s a coordinated series of attacks, and the people who do this don’t appear to realise the damage they cause.

“This low level, persistent anti-social behaviour needs to be stopped.

Cllr Hayes added: “If anyone has any information about this, they should contact Ronanstown Garda Station, or if they want to be anonymous, they can contact the Garda Confidential Line.”

A spokesperson for Go Ahead, which operates the 76 route, was contacted for comment but a response was not received in time for print.