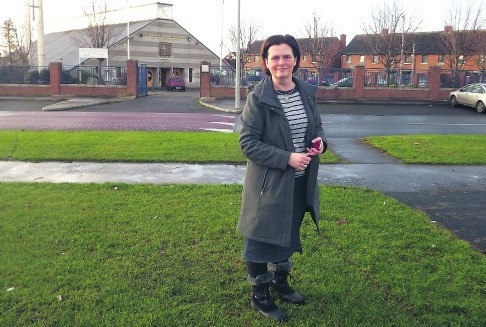 Funding of €1m pledged for library

UP TO €1 million in State funding has been allocated towards the construction of the proposed North Clondalkin Library after an announcement this week by Environment Minister Alan Kelly.

Residents living beside the proposed site – at the junction of Liscarne Close and Oatfield Avenue in Rowlagh – have been vocal in their objection to the location of the site, citing the loss of amenity space and fears for an increase in anti-social behavior.

Labour councillor Breda Bonner, a principal at St Bernadette’s in Quarryvale was “taken aback by the ferocity of the campaign against the library.”

Whilst acknowledging “resident concerns”, she says the plans have “overwhelming support in the community.”

Cllr Bonner, who has lobbied for a library in the area for 30 years, said: “I am delighted that at last the funding has been pledged for the long-awaited North Clondalkin Library. This project was something of a baptism of fire for me as a councillor.

“The site at Harelawn, opposite Rowlagh Church is a brilliant one as it will mean that the library is walking distance of six big primary schools and two Community Colleges. I was taken aback, however, by the ferocity of a campaign against the library which intensified around the time of the last local elections.

“A small group of residents were against the library, and I know some of them had legitimate concerns about traffic congestion and parking. However, I canvassed the area intensively on the issue and know that the project has the overwhelming support of the community.”

Cllr Bonner continued: “The staff of the mobile library have been doing their best over the last thirty years to cater for the people of North Clondalkin. Now at last, we will have a world-class library. Investing in libraries is investing in our future.”

Initial plans by architects involved in the project, outline a timescale that sees work commence by Summer 2016 and open to customers towards the end of 2017.