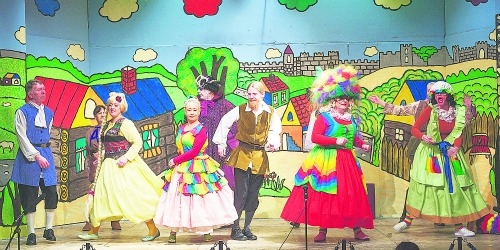 THE annual Ballyfermot Theatre Workshop panto is going down a treat with audiences this month at the Civic Centre on Ballyfermot Road.

This year's production of Rapunzel features an enthusiastic cast, is attracting good crowds and “going really well”, according to co-director and writer Robert Healy.

Mr Healy said: “The workshop started in 1994 and has over 20 years experience in doing these productions. It’s become so successful that schools and nursing homes now invite us to perform the plays at their premises, and we’ll be doing a few of those this year.

Most of the Rapunzel cast are novice actors, but they are aided by seasoned veterans Robert Healy, David Spain and Justine Reilly – ensuring guests are treated to an enjoyable afternoon’s entertainment.

The Ballyfermot Theatre Workshop is a community employment programme, and they are looking for people to join them through the social welfare network (Department of Social Welfare).